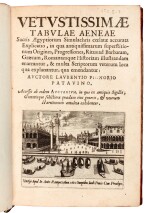 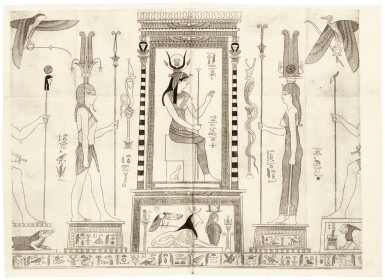 FIRST EDITION of Pignorio's description of the bronze Mensa Isiaca, or Bembine Tablet (because once owned by Pietro Bembo), probably dating to the second century AD, which was thought to depict the rites of the goddess Isis. It was also thought to be a key to the interpretation of hieroglyphics and was used by various scholars including Athanasius Kircher. Unlike Kircher's and other later interpretations, Pignorio's analysis was more archaeological than occult.