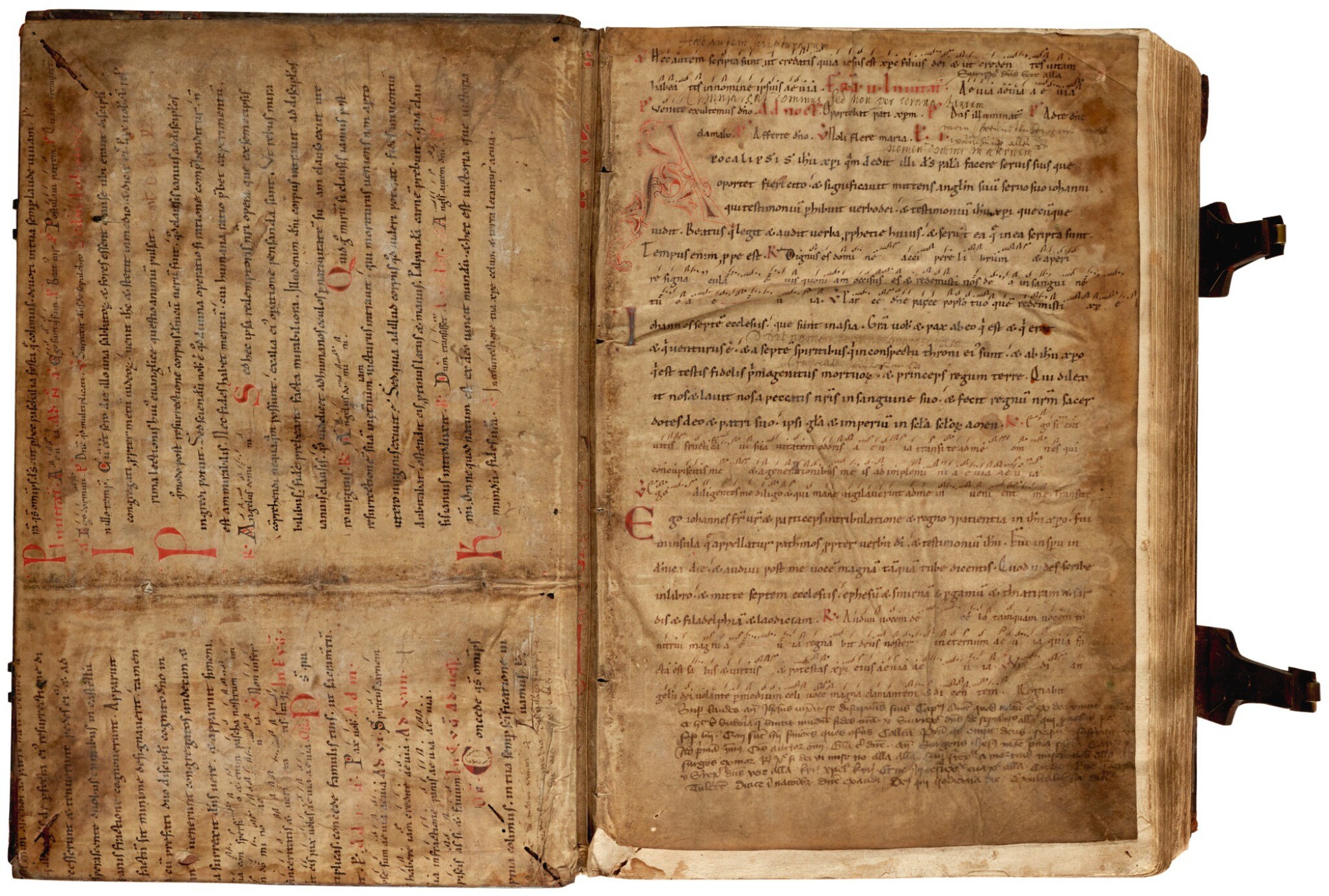 A finely rubricated copy. The rubricator tells us that he finished the first part on the feast of Corpus Christi, and stating the number of quaternions on the verso of the final blank of that work; at the end of the second work he gives his name and the year again. The pastedowns and flyleaves are formed of full leaves and partial bifolia from an early 12th-century German Breviary, noted with staveless neums, apparently for the days after Easter, including a large pen-drawn foliate initial.