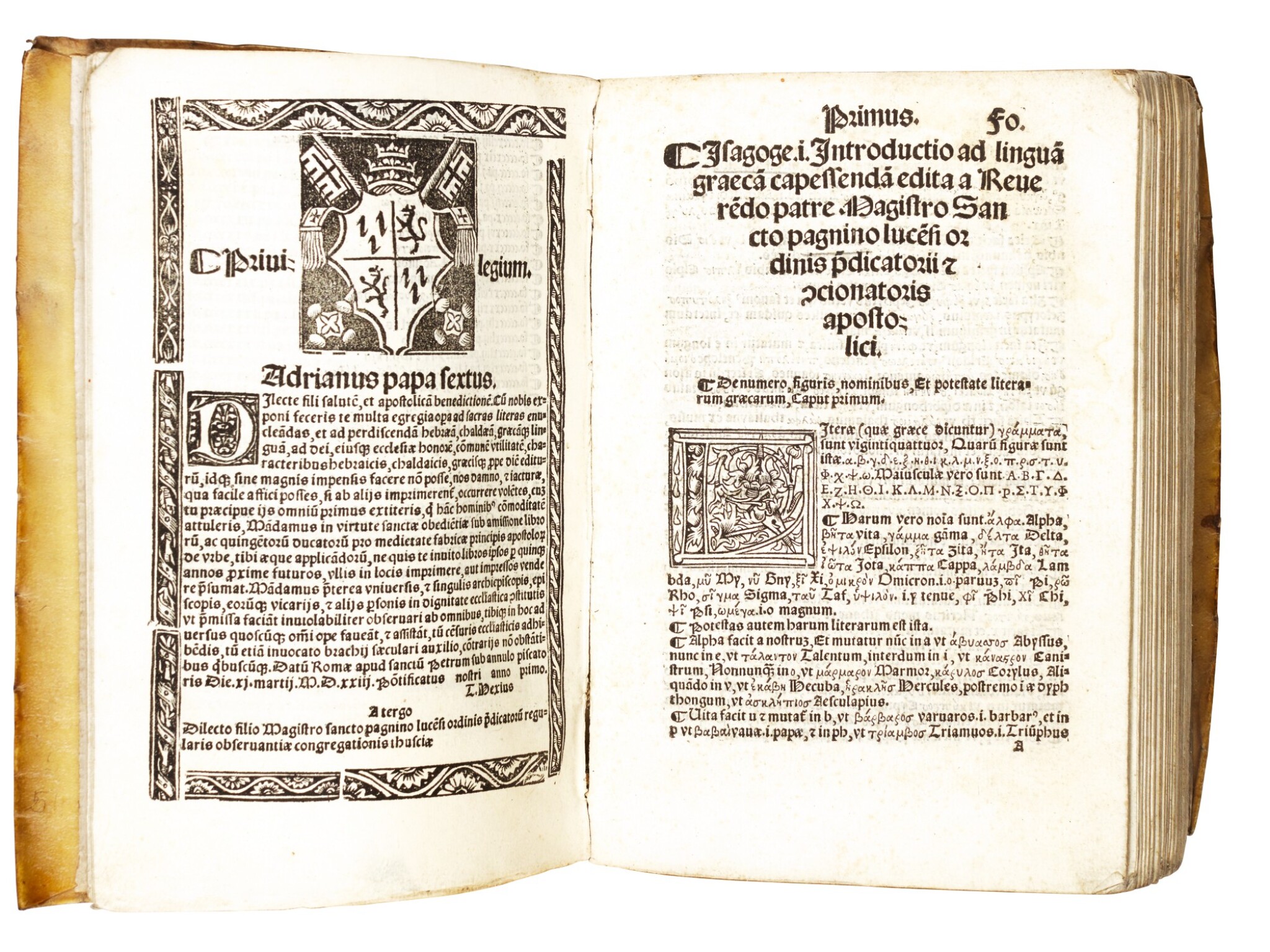 2 parts in one volume, 4to (211 x 140mm.), woodcut initials, privilege (on ++4v) with woodcut papal arms within a woodcut border, woodcut Aldine printer's device at end of first section (N4v) and on final verso with De Channey's name in type on either side of the device, title of second part with arms of Cardinal François de Castelnau Clermont-Ludève (papal legate in Avignon) within a woodcut border, near-contemporary limp vellum, lacking first 9 leaves (quire +8 and ++1), second title-page (AA1) torn and repaired without loss, AA2 and AA7 defective at head, last few leaves stained and defective at head, lacking 2 pairs of ties

FIRST EDITION, RARE. This impressive and substantial Greek grammar and dictionary was composed by one of the most eminent linguistic scholars of his day, who produced numerous editions of Greek and Hebrew texts and auxiliary works, particularly relating to the Bible. Pagnini spent the years 1523-1526 in Avignon, probably in the entourage of the Cardinal Legate, to whom he had dedicated a work printed in Rome in 1523. It is the only work of Greek grammar to obtain a papal privilege in this period; the pope, Hadrian VI, had spent time in Spain with Cardinal Ximenes at the time of the Complutensian Polyglot, and he had been an advocate of Erasmus's biblical translations.

The printer, Jean de Channey, worked for Jacques Arnoullet in Lyon before moving to Avignon in 1513, where he produced books until his death in 1540. He was predominantly known for his music printing, and he first used the Aldine device in 1510.