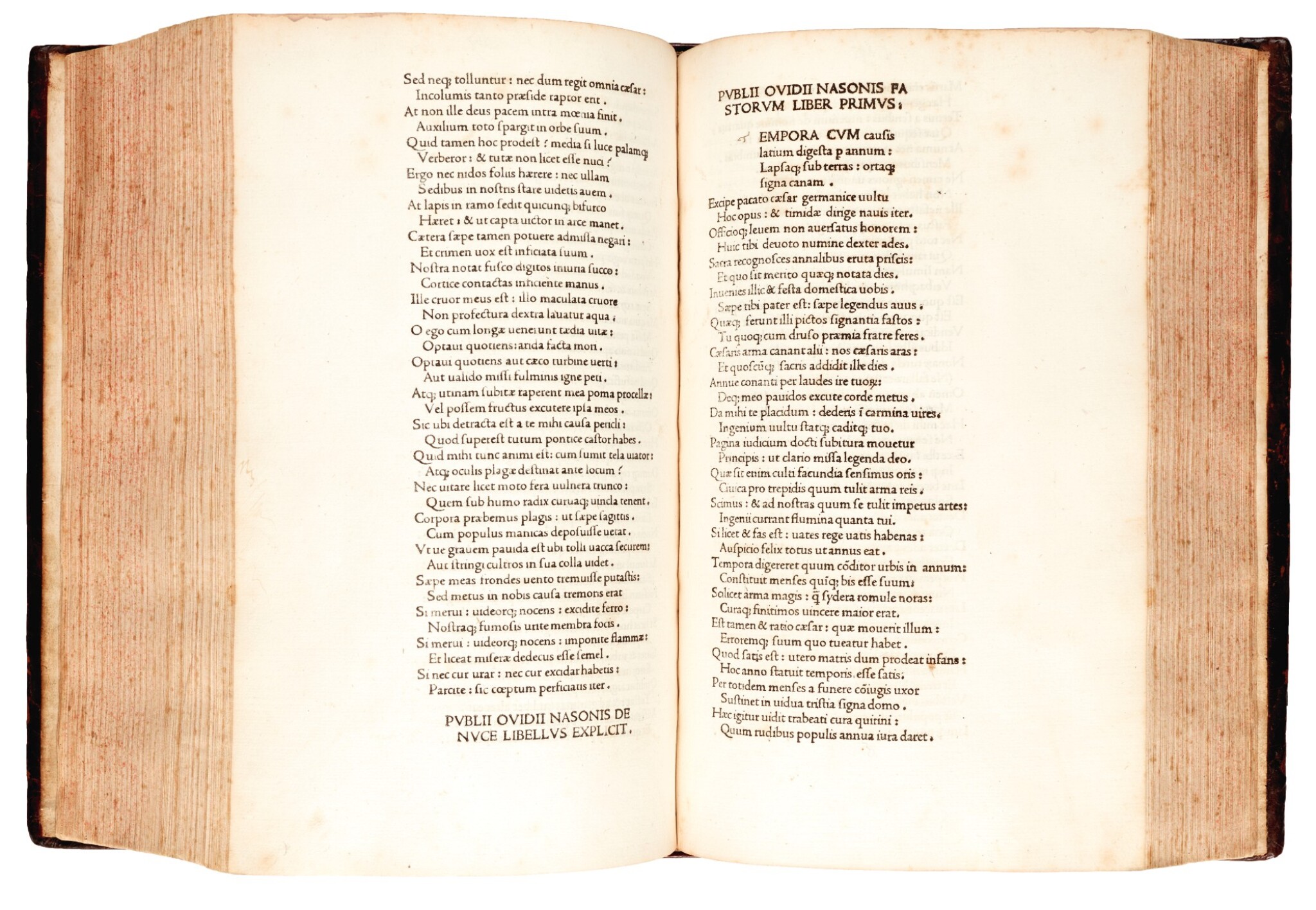 The editor, Giovanni Calfurnio (c. 1443-1503), a respected humanist, had been a pupil of Ognibene da Lonigo and became professor at Padua. He includes here the recently-discovered Consolatio ad Liviam, first printed in the 1471 Rome edition of Ovid, but now considered spurious.

"io Ludovico Rog[--]", inscription on first leaf and the date 25 November 1573 at start of Heroides and at end of De Ponto