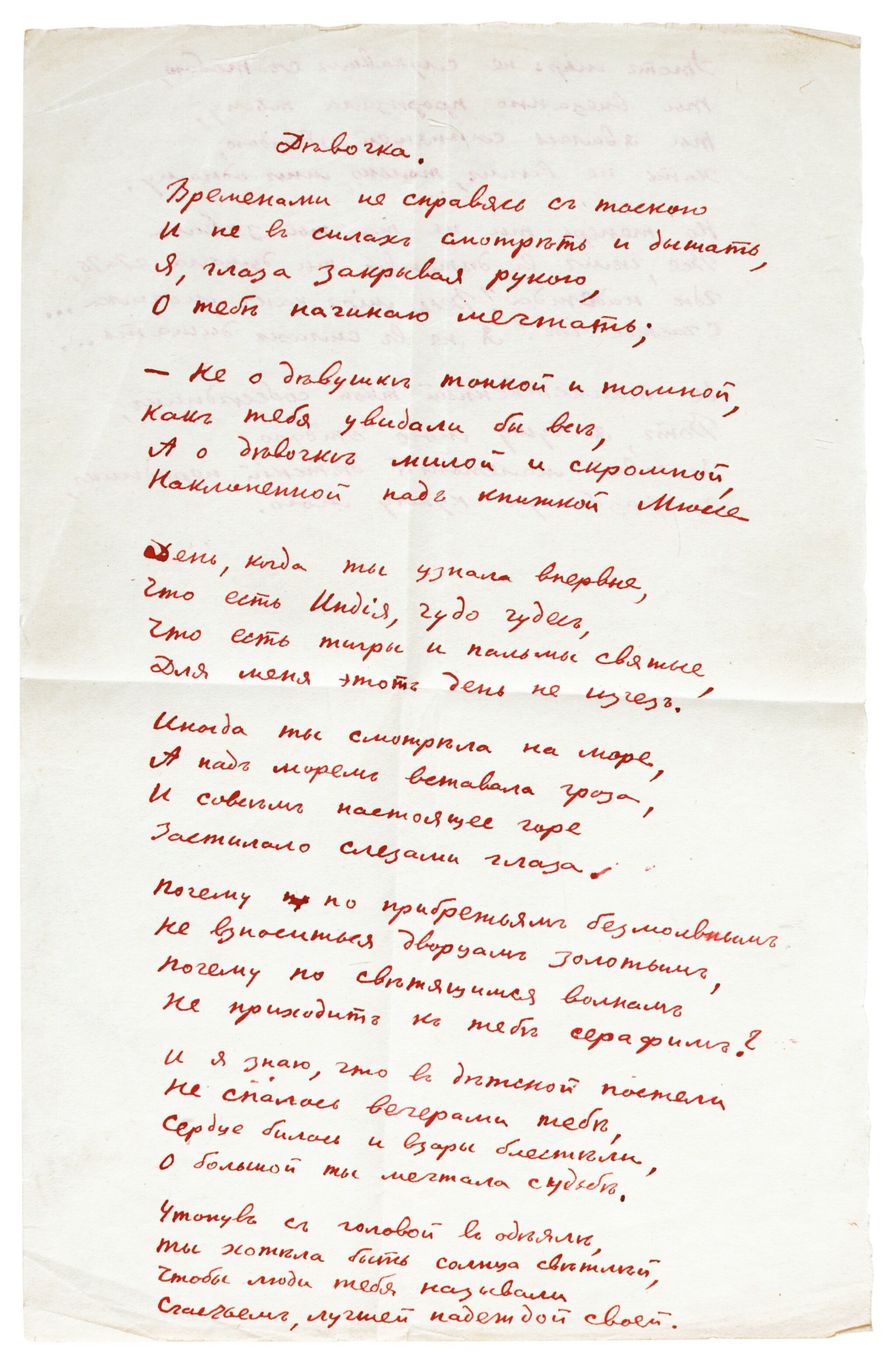 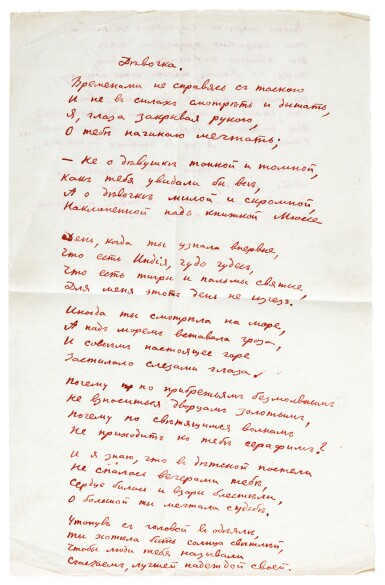 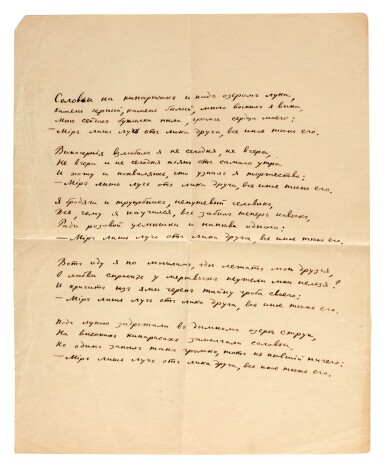 VERY RARE: These two autograph manuscripts come from the collection of Saveli Grinberg, the head administrator at the Petropolis office in Berlin (Schöneberg), which printed editions of Gumilev and others for the publishers in Petrograd. Nikolay Gumilev (1886-1921) was tried on trumped-up charges of involvement in the so-called "Tangansev Plot" (largely a fabrication by the Cheka), and executed in August 1921. Even owning copies of his works was dangerous in Soviet Russia, manuscripts particularly so, accounting for their extreme rarity. Gumilev was the first husband of Anna Akhmatova from 1910 until 1918.

"Solov'i na kiparisakh" dates from February 1921 and was published by Petropolis with the title 'Pyanyy Dervish' in Gumilev's collection Ognennyy Stolp ("The Pillar of Fire": 1921), and again in 1922 in old orthography, as it appears here (cf Lot 15). 'Devochka', composed in July 1917, was published posthumously by Petropolis in the collection Blue Star (1923). It appears in the Stikhotvoreniya i poemy (1988), with a few changes from the present manuscript, including to the final word ("moyu").

Dr Saveli Isaakovich Grinberg (1896-1985) was from St Petersburg, but was educated at Cambridge before and after World War I. He became administrator of the Petropolis publishing house in Berlin, moved to Holland in 1932, and settled in England in 1934 For Grinberg's ad personam copies of Petropolis editions of Gumilev and others, see lot 15. See also: A. Graceffa, Une femme face à l'histoire. Itinéraire de Raïssa Bloch, Saint-Pétersbourg-Auschwitz, 1898-1943, (Berlin, 2017).