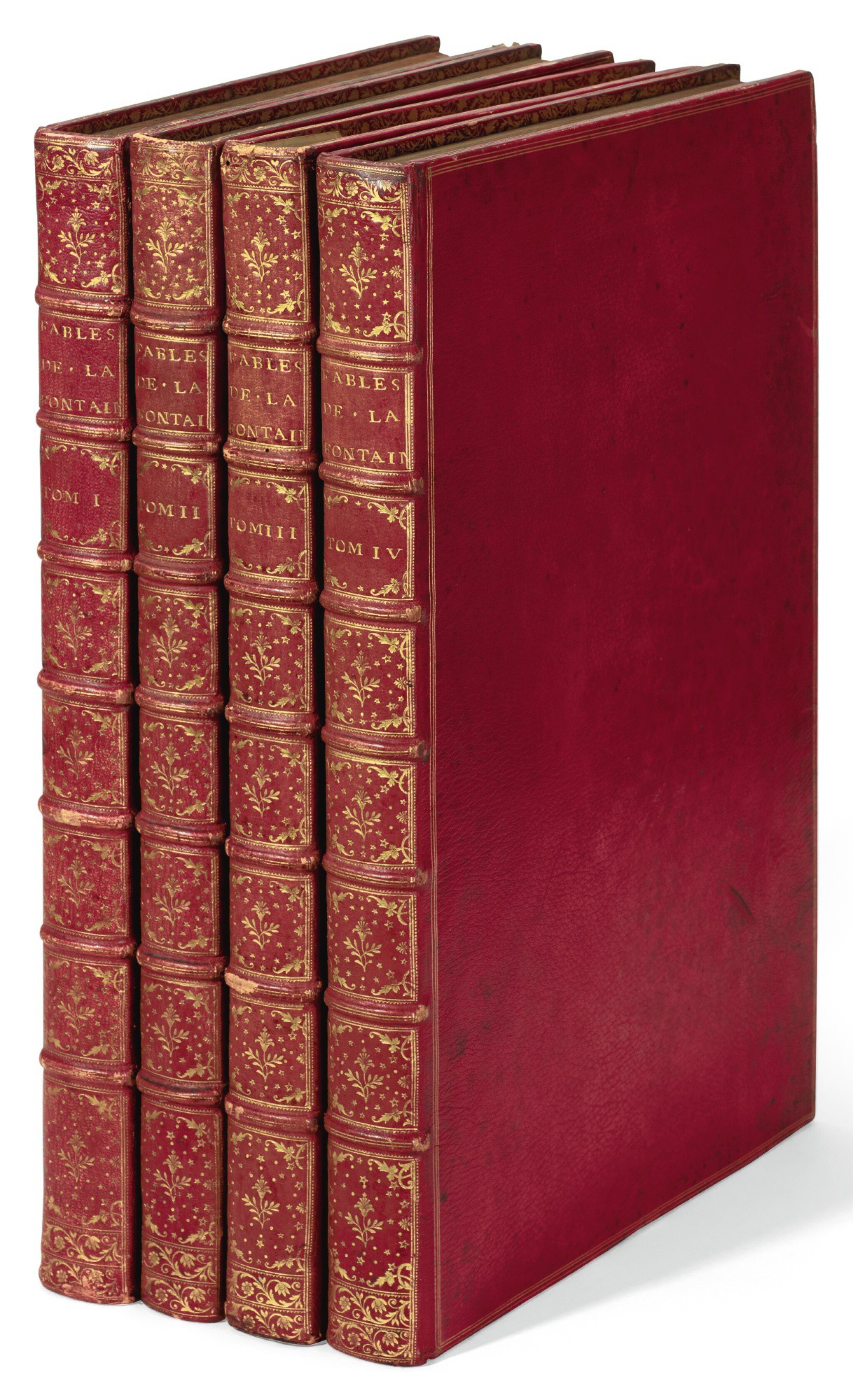 A MAGNIFICENT LARGE PAPER COPY IN A SPLENDID DEROME BINDING.

Jean-Baptiste Oudry (1686-1755) prepared the artwork for this edition of La Fontaine between 1729 and 1734. He was renowned for his paintings of animals, many of which were based on the menagerie at Versailles. The illustrations were then revised by Cochin, who improved the artwork of the human characters at the expense of the animals.