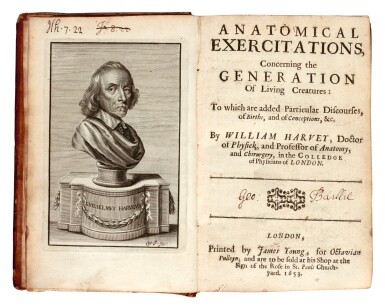 First English edition of Harvey's work on animal reproduction, particularly relating to conception and embryology. It was first published in Latin in 1651.

Robert Baillie of Jerviswood (executed for treason in 1684), inscription on flyleaf; [his son] George Baillie (1664-1738), armorial bookplate dated 1724 and inscription on title-page