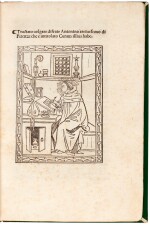 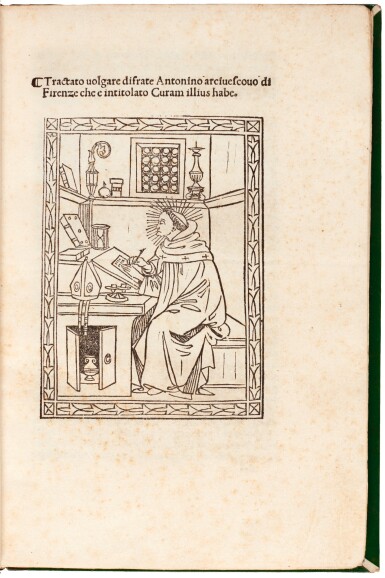 This is one of numerous editions of St Antonino's confessional handbooks which was published in Florence in the late fifteenth century; the text is known in several different versions, this edition containing the one known as Curam illius habe (see lot 143 for a different version). The fine title woodcut was previously used in Morgiani's 1491 edition of St Augustine.