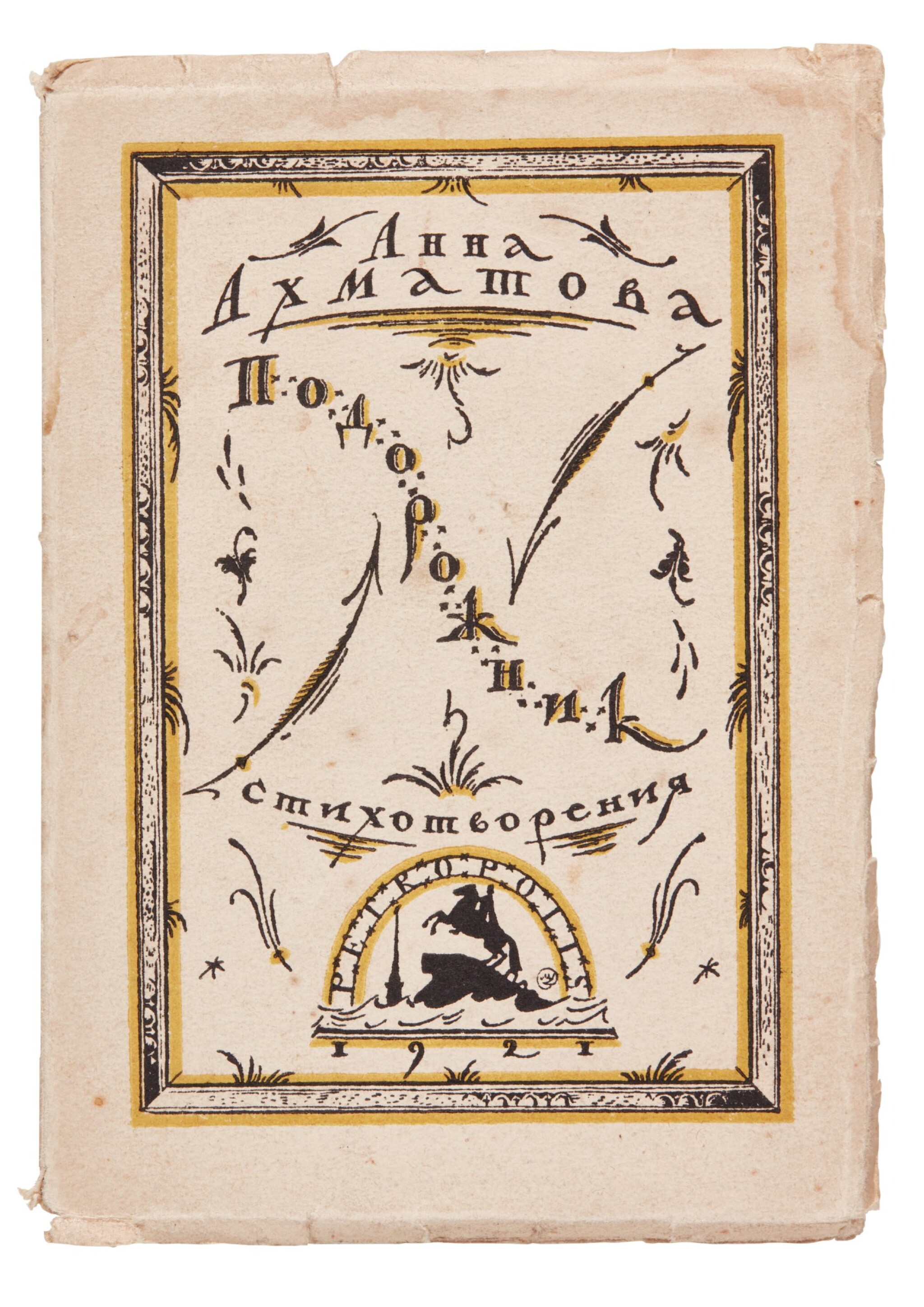 6 volumes in all, printed wrappers, yapp edges, some light dustmarking

RARE: These are ad personam issues for the writer Dr Saveli Isaakovich Grinberg (1896-1985), who was the head administrator at the Petropolis publishing house in Berlin-Schöneberg.

The first poem in Akhmatova's book Anno Domini (1923), " I my zabyli navsegda", is published here with the title 'Sograzhdanam'. It appears with alterations (as 'Petrograd 1919'), in the edition of her collected poems, Stikhotvoreniya i poemi [Poems], (1976). We understand that very few copies were printed of the original version of this poem. Gumilev was Akhmatova's first husband: by the time of this second edition, he had already been shot by the Cheka (in August 1921). For the autograph of one poem in Gumilev's Ognennyy Stolp, and brief notes on Grinberg, please see lot 23.