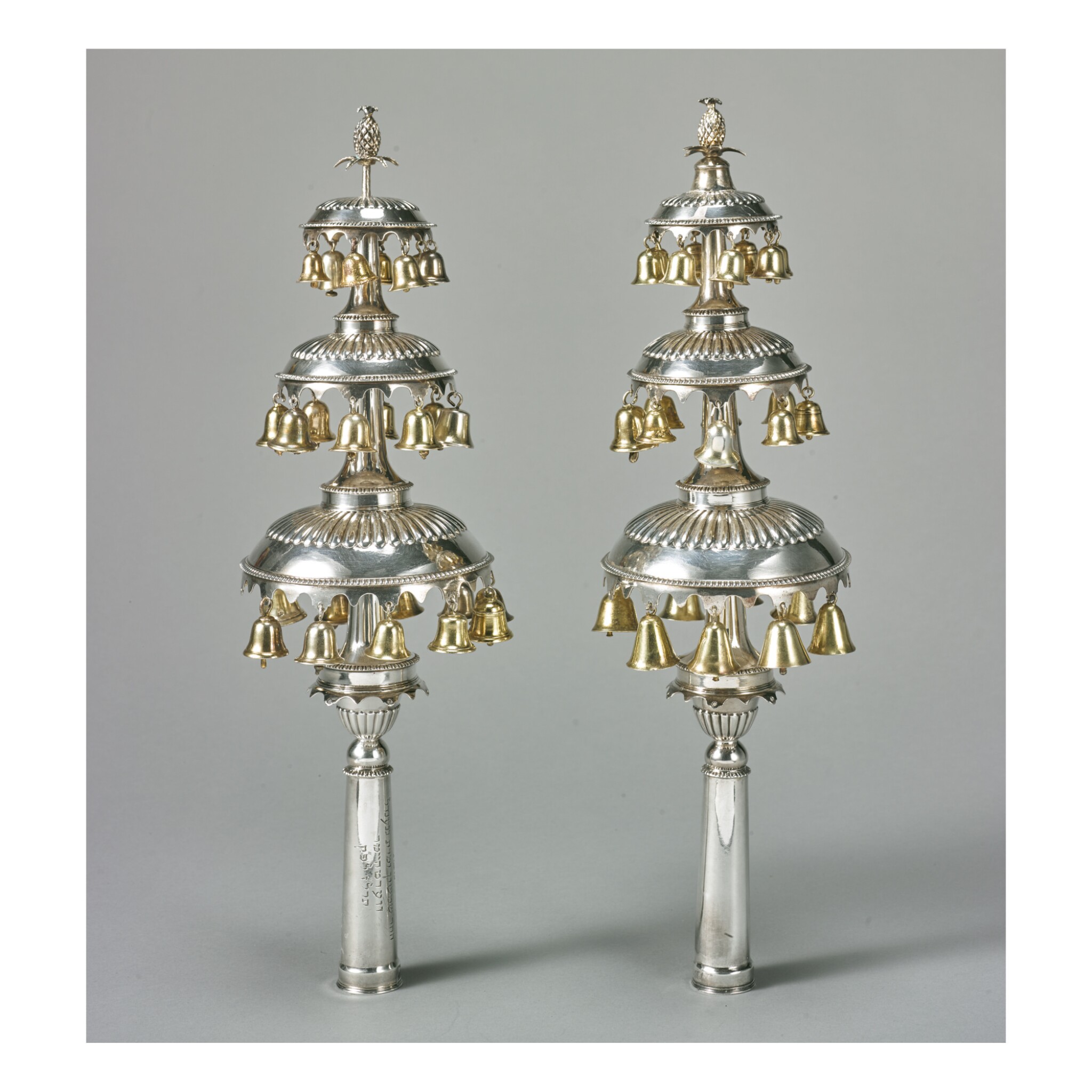 matching the pair by John Robins (see previous lot), with triple gadrooned canopies hung with bells, engraved with Hebrew presentation inscription, both with some later bells, with maker's mark AB, probably for Abraham Benelisha, London, circa 1910

apparently unmarked, but with assay scrapes on the major parts

As noted re. some replaced bells, and lacking some bells. One small section of one finial below pineapple replaced.

Samson Wertheimer was born in Germany but emigrated to England in 1830; his wife Genandel was better known in England as Helena.  Described in 1861 as a “curiosity dealer and ormolu factor”, Samson became a very successful art dealer. His gallery at 154 New Bond Street – just down from Sotheby’s – featured Old Master paintings and English portraits, 18th century French furniture, miniatures, porcelain, and objets de vertu; at his death in 1892, the business was valued at £377,000 (over $40 million today).

His clients included Lord Lonsdale and the Duke of Hamilton, but particularly the members of the Rothschild family living in England. Samson Wertheimer helped Baron Ferdinand form the collections at Waddesdon, and Barons Alfred and Lionel were executors of his will. His children Charles and Asher both entered the business, and the latter commissioned from John Singer Sargent the great series of Wertheimer family portraits now at the Tate Gallery.