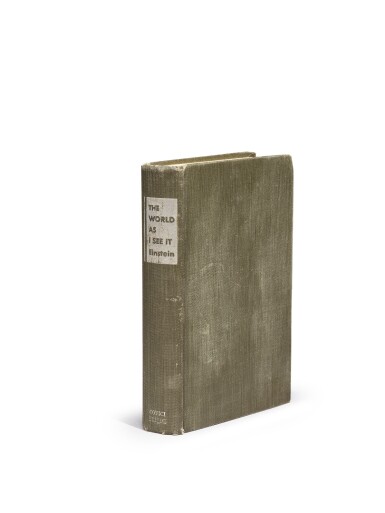 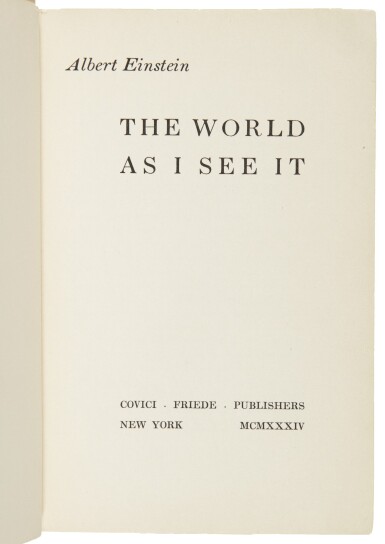 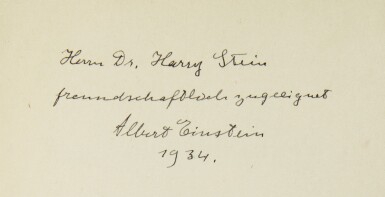 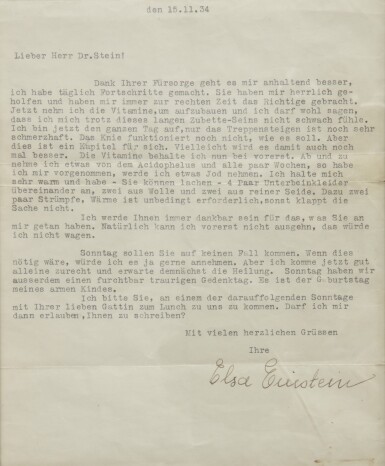 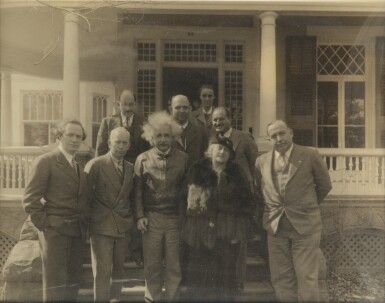 [WITH] a Typed Letter Signed by Elsa Einstein to Dr. Harry Stein, 1 page (9 ¼ x 7 ¼ in., sight), signed "Elsa Einstein," in German; creases where previously folded. Elaborately framed in a magnetic hinged mat, opening to reveal an English translation [AND] a vintage black-and-white photograph of a group including the Einsteins, and Dr. Stein (7 x 9 in., sight). Not examined out of frame.

PRESENTATION COPY OF THE FIRST ENGLISH-LANGUAGE EDITION OF EINSTEIN'S BOOK, ORIGINALLY PUBLISHED IN GERMAN AS MEIN WELTBILD, ACCOMPANIED BY A POIGNANT LETTER FROM ELSA EINSTEIN, EACH ADDRESSED TO DR. HARRY C. STEIN

Stein was an orthopedic surgeon in New York City, who for many years was the Einsteins' private physician. The letter that is included in this lot was written at a time when Elsa was beset by numerous health problems, which she describes here before veering into the the humorous: "[Trans.] I keep myself very warm and have been wearing — you will laugh — four pairs of underwear at the same time, two made from wool and two made from pure silk. In addition I am wearing two pairs of stockings. Warmth is absolutely necessary otherwise it won't do."

Please note, this lot has No Reserve.