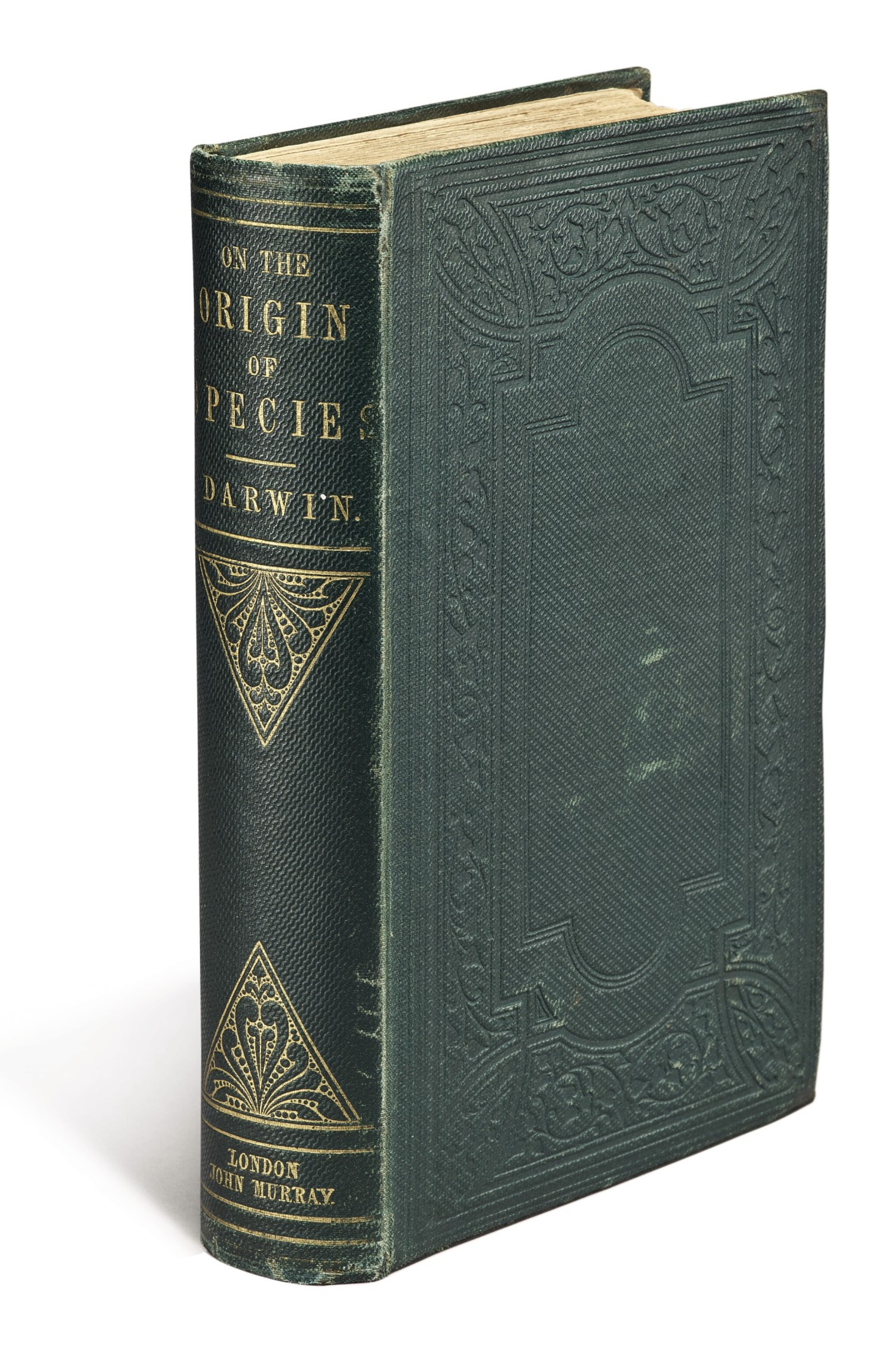 On the Origin of Species by Means of Natural Selection, or the Preservation of Favoured Races in the Struggle for Life. London: John Murray, 1859

FIRST EDITION, ERNST MAYR'S COPY OF "THE MOST IMPORTANT BIOLOGICAL BOOK EVER WRITTEN" (Freeman), and "one of the most important books ever published" (Garrison-Morton). Of the first edition of 1,250 copies, 58 were distributed by Murray for review, promotion, and presentation, and Darwin reported that the balance was sold out on the first day of publication.

Ernst Mayr, to whom this copy belonged, was a German-born American evolutionary biologist. A leader in this field, Mayr was also a celebrated taxonomist, ornithologist, philosopher of biology, explorer, and historian of science. Indeed, he was often referred to as the “Darwin of the 20th century.”

In his introduction to Harvard University’s Facsimile Edition of On the Origin of Species (1964), Mayr wrote: "The publication of the Origin of Species ushered in a new era in our thinking about the nature of man. The intellectual revolution it caused and the impact it had on man's concept of himself and the world were greater than those caused by the works of Copernicus, Newton, and the great physicists of more recent times ... Every modern discussion of man's future…and man's place in nature rests on Darwin." interestingly—or ironically, perhaps—one of the unanswered questions in On the Origin of Species, was, in fact, how and why do species originate? In terms of resolving this, most of the credit belongs to Mayr. His first book, Systematics and the Origin of Species (1942), completed what Darwin had begun, explaining all of evolution, including why genes evolve at the molecular level. Mayr then further refined his ideas on evolution in his Animal Species and Evolution (1963)—a prolific work that dominated many branches of systematics and evolutionary biology. In fact, Mayr’s biological species concept is still widely regarded as the most practical.

Mayr was the recipient of the National Medal of Science, the Balzan Prize, the Linnean Society of London's Darwin-Wallace Medal, and the Crafoord Prize, just to name a few. Mayr never won a Nobel Prize, but he was quick to note that there is no prize for evolutionary biology (in fact, there is no Nobel Prize for biology), and as this is the case, Darwin would not have received one, either.

A REMARKABLE AND IMPORTANT ASSOCIATION COPY.