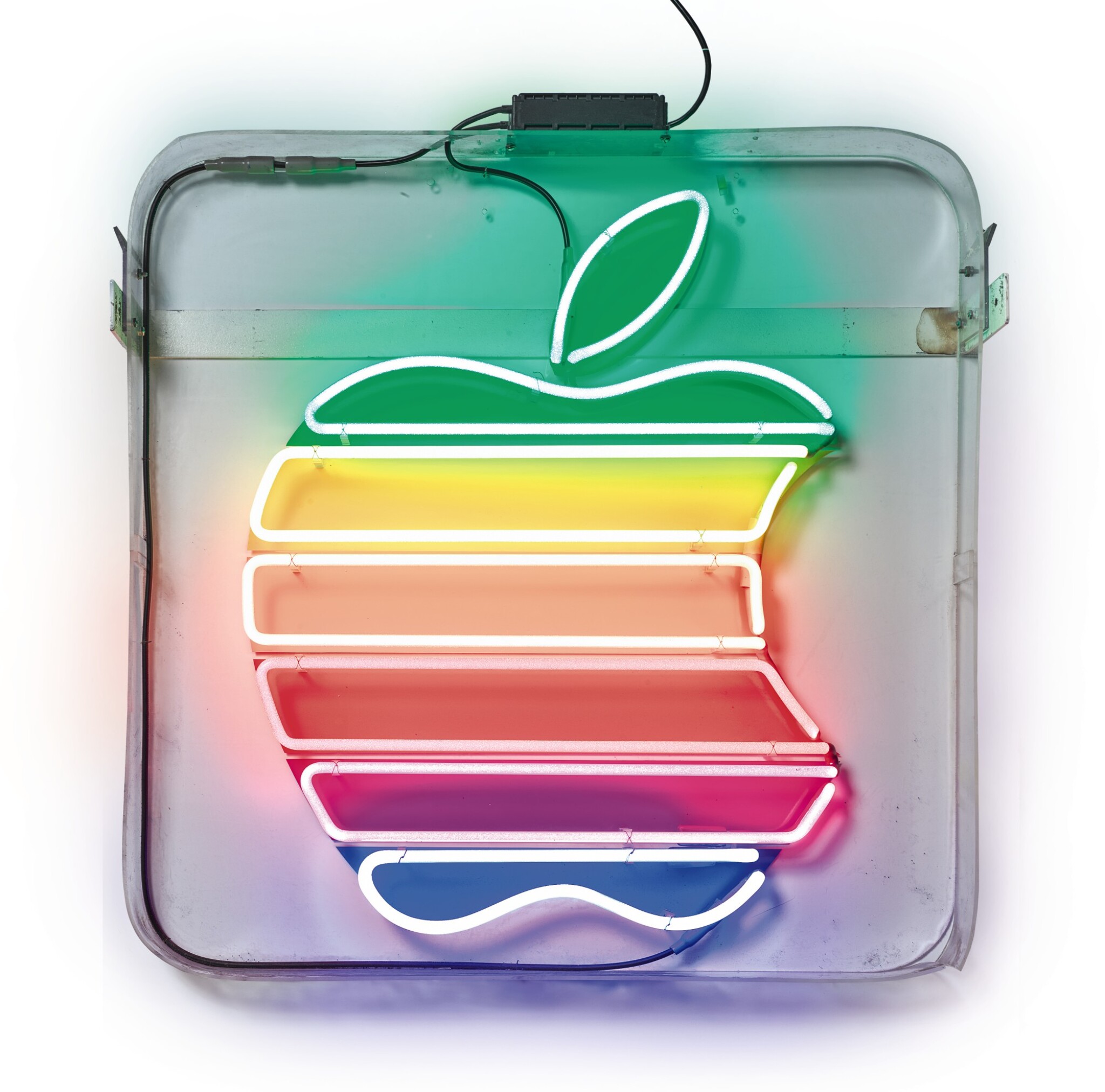 Apple Computer Inc. boasts one of the worlds most recognizable logos — an apple with a bite taken out of it's side. The present neon sign, which would have been hung outside an authorized Apple retailer, represents the company's second generation logo, the Rainbow Logo, which was in use from 1976-1998. The first Apple logo depicted Isaac Newton sitting under a tree with an apple dangling over his head, and the motto "Newton… A Mind Forever Voyaging Through Strange Seas of Thought … Alone" printed around the border. This design was only in use for a short period of time in 1976 before Steve Jobs commissioned Rob Janoff to design the greatly simplified apple design featured here.

The inspiration for the bite taken out of the apple has been the subject of some debate over the years. Janoff has stated that it was meant to demonstrate scale, and to delineate the fruit from another vaguely round fruit like a cherry. Others have speculated that it was an allusion to the groundbreaking mathematician and computer scientist Alan Turing, who died after biting into an apple laced with cyanide.