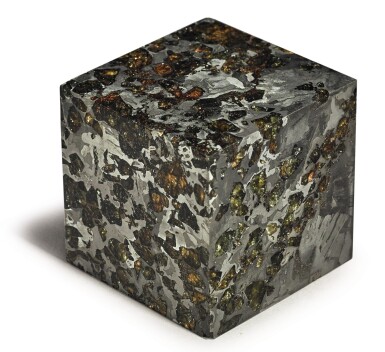 Seymchan is a pallasite meteorite which was discovered near the settlement of Seymchan in the Magadan district of Russia in 1967. This specimen nicely displays the distinctive Seymchan juxtaposition of the rounded Olivine crystals against the straight Widmanstätten patterns of the iron-nickel.