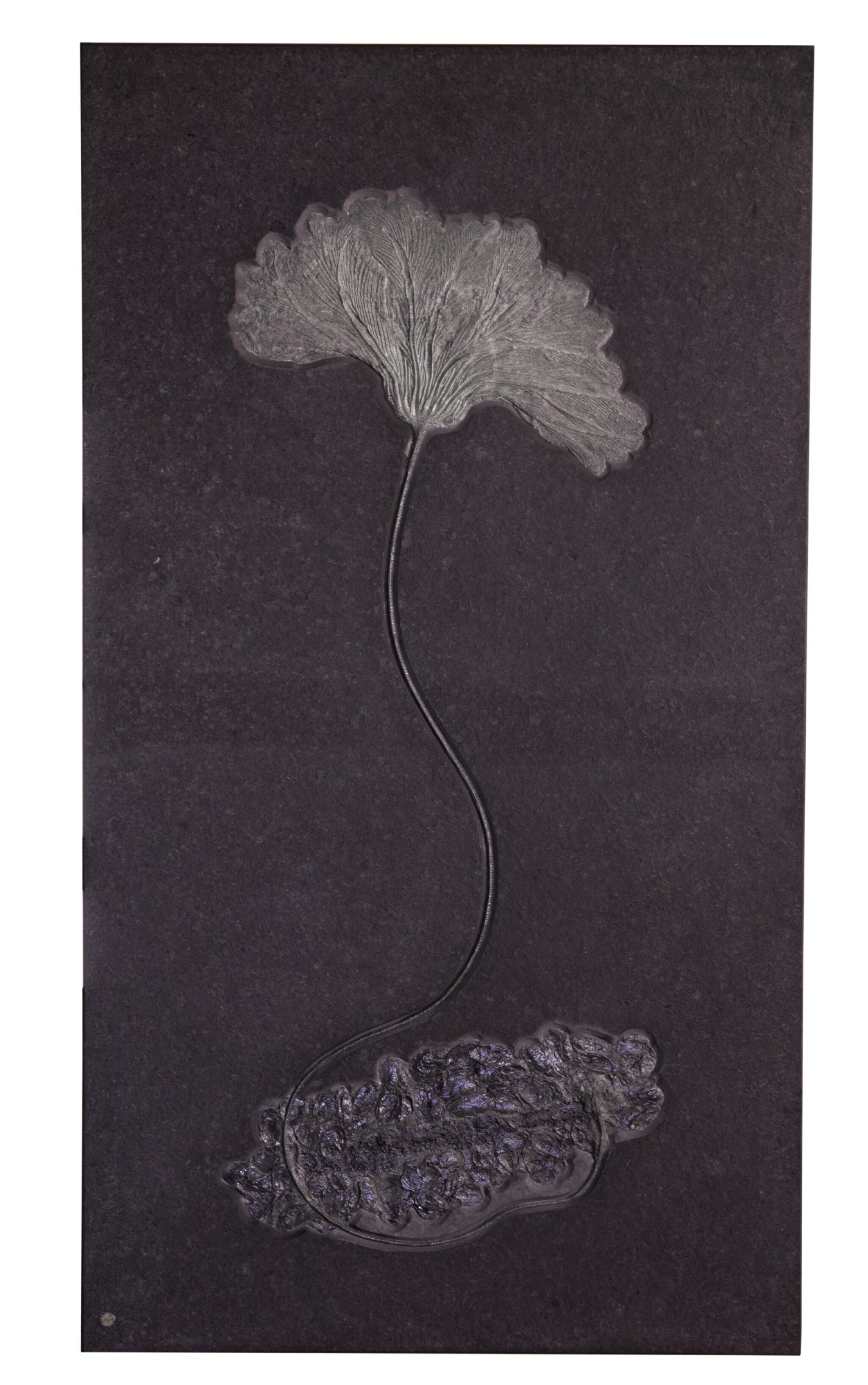 The Seirocrinus subangularis is scientifically part of the Echinoderm class, which in Greek means "spikey skin." It is a very ancient marine animal group, with its first fossils appearing around the Cambian. There are about 7,000 species living today, with the most famous being the sea urchin; the some 13,000 other species of this class are all extinct.

A number of unique characteristics that appear nowhere else in the animal kingdom give these "Sea Lilies" a surrealistic appearance, most notably its pentaradial symmetry and a water vascular system that maintains hydraulic pressure in the tube feet.

Despite the name, and its flower-like appearance, they were not actually plants, but rather, beautifully colored tentacular invertebrate sea animals. The animal would open its calyx (resembling the petals of a flower), which contain a filter-like organ, permitting it to capture and feed off of sea-plankton. Sea Lilies would often attach themselves to driftwood as part of a colony, or, as in the case of this superb specimen, as a solitary animal drifting freely in the sea — we can even clearly see the mass of wood that this specimen was attached to, fossilized along with its inhabitant.