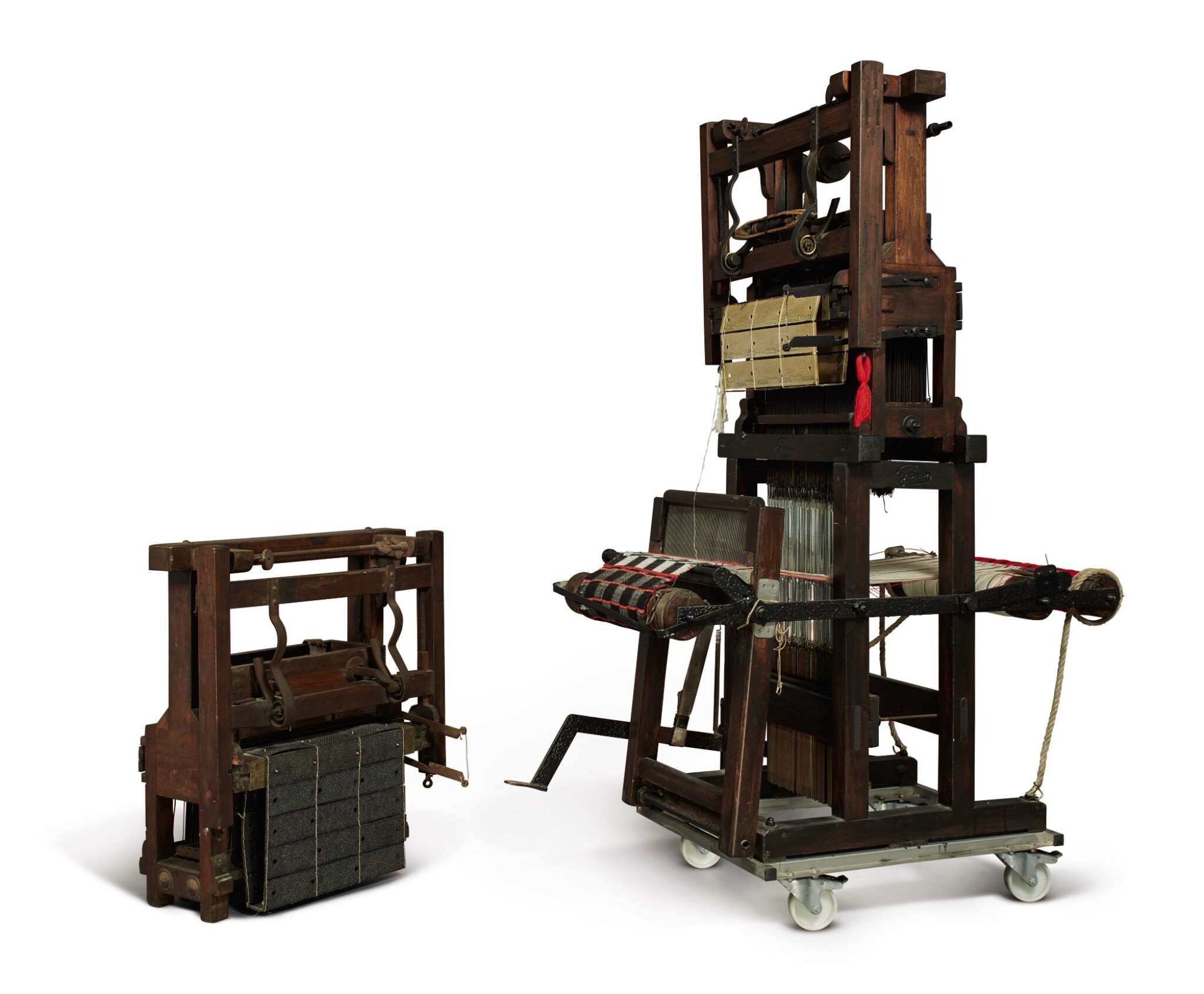 ONE OF THE PREDECESSORS TO THE MODERN COMPUTER, BEING THE FIRST MACHINE TO USE PUNCH CARDS AS INSTRUCTIONS FOR AUTOMATED TASKS

Invented by Joseph Jacquard in 1801, what is referred to as a Jacquard Loom is actually a mechanism attached to a powered fabric loom. The mechanism was fed a series of punch cards, which contained the patterns to be weaved by the machines. The patterns of holes punched on the cards corresponded to areas where a design was painted onto a design grid. The punch cards were pushed toward a matrix of pins on the loom, with the pins then passing through the holes, with hooks then raising their warp threads. In the portions of the card with no holes, the hooks are blocked from raising their threads, and thus the pattern can be automated.

The Jacquard loom used replaceable punched cards to control a sequence of operations, and its invention is considered a seminal development in the history of computing. The ability to change the pattern of the loom's weave simply by switching cards was revolutionary, and proved an important precursor to the development of computer programming. Charles Babbage (1791-1871)—often named as the originator of the concept of a digital programmable computer—was familiar with Jacquard's work, and planned to use cards to store programs in his Analytical Engine. Indeed, a large data processing industry using punched-card technology was developed in the first half of the 20th century, with IBM initially dominating this field, and remained in use until the mid 1980s.