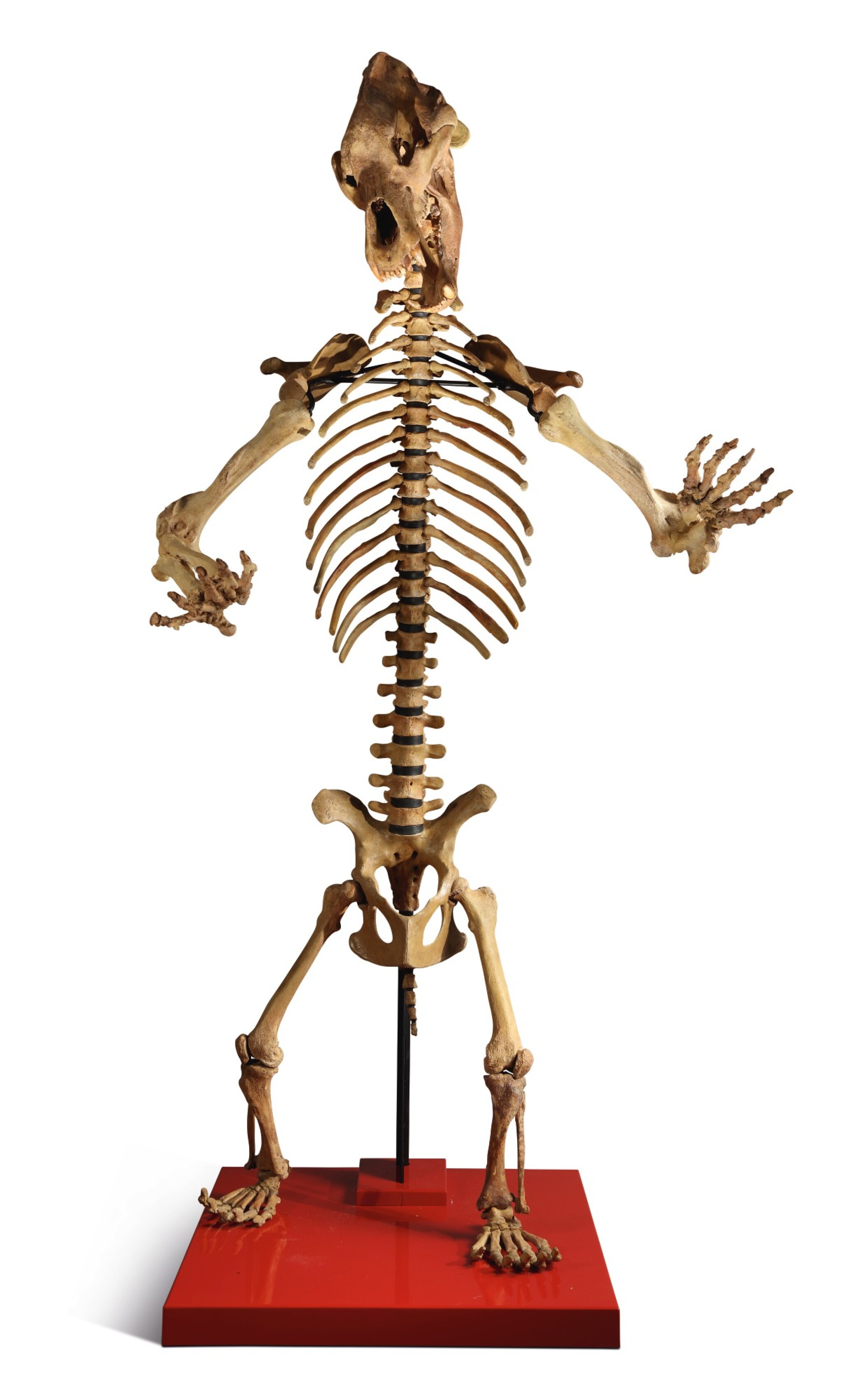 Ursus spelaeus, (approx. 8 feet, 10 inches tall), Pleistocene, Cenozoic (126,000-10,000 years ago). An exceptional specimen due to its size and the dimensions of its skull, mounted on a support stand.

The Ursus spelaeus, or Cave Bear, is an extinct species of bear which inhabited Europe during two ice ages. It takes its name from the Latin spelaeus, meaning cave, as unlike other species of bear who seemed to dwell in caves only during hibernation, the cave bear appears to have spent the majority of its life in caves, as evidenced by the fact that nearly all fossils have been found in caves. The cave bear was the largest of the cave dwellings animals, weighing on average between 800-1300 pounds, with some as large as 2,200 lbs, and could reach heights of over 11 feet tall.