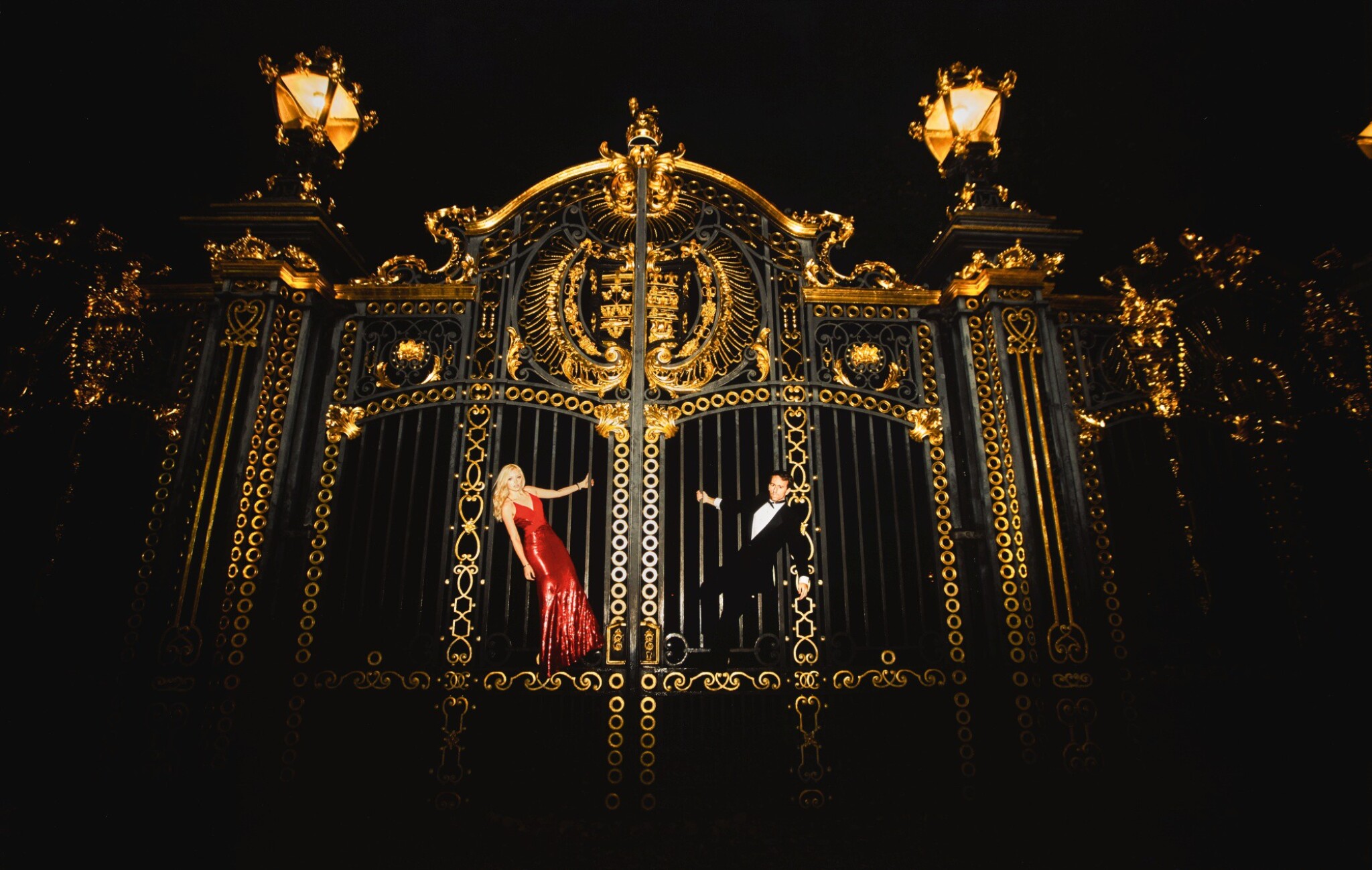 Chromogenic print, flush-mounted to card. Signed and editioned 'AP1' on a Certificate of Authenticity accompanying the work. Framed.

This chromogenic print is in very good to excellent condition. Lower left corner very slightly bumped and some faint marks along edges where frame has been rested, all of wich only visible when work is unframed.

A couple of air bubbles trapped between the print and the board visible under certain angles.

'The very first time I drove by Buckingham Palace I had a vision of the photograph I was going to take.

I saw myself standing on the gates – I saw this photograph. However, it wasn’t until a year later that I ended up shooting it. I found out when the lights went out and realized that I would only have one chance to immortalize this image. I was confident - I knew exactly how to light the shot and knew I could get in a single go.

So when the night finally came, we waited until the lights were turned off, and suddenly there it was: our backdrop, our scene, a year in the making.

We quickly stormed the gates and took the photo. This was followed by the guards’ screams telling us to get down and leave. We were quicker than them, we were done and I was walking away with the camera shoved down my pants. My decoy who was dressed in the same suit as me was talking to the police, but as he wasn’t carrying a camera, they let him and the girl go.

It was perfectly executed – quick, sharp and precise. The fact that my friends initially did not believe this shot was genuine – that it was digitally enhanced or retouched – made the photograph all the more powerful.'