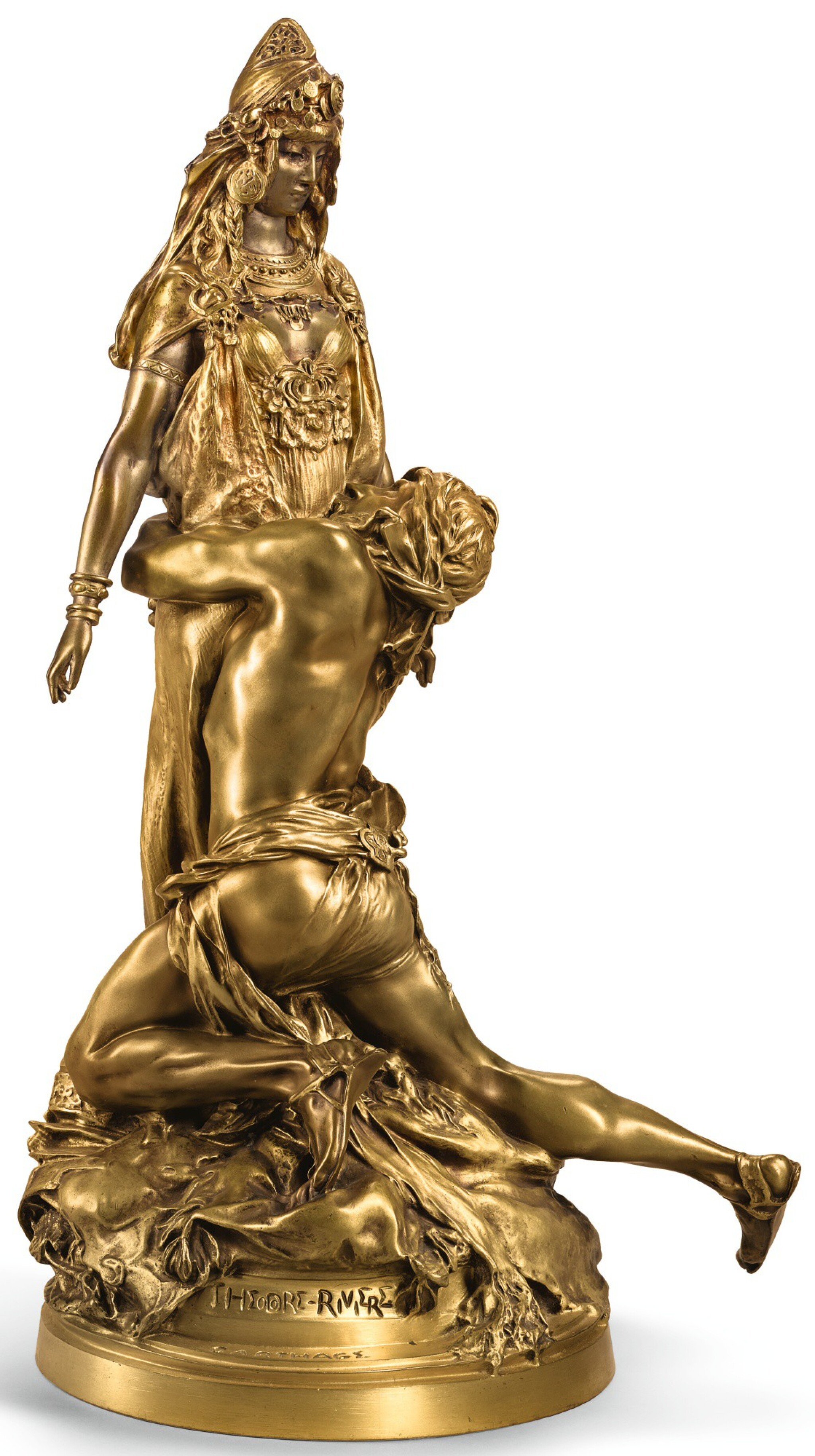 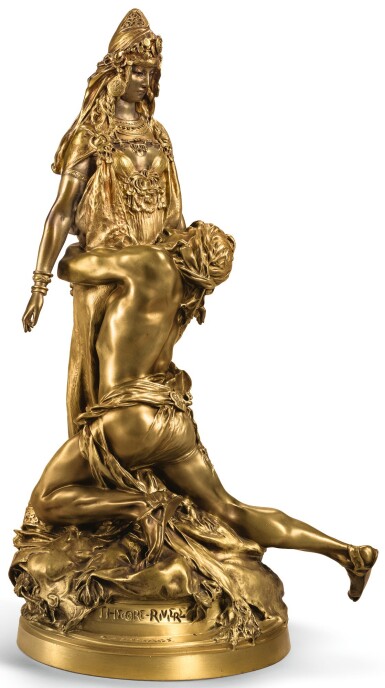 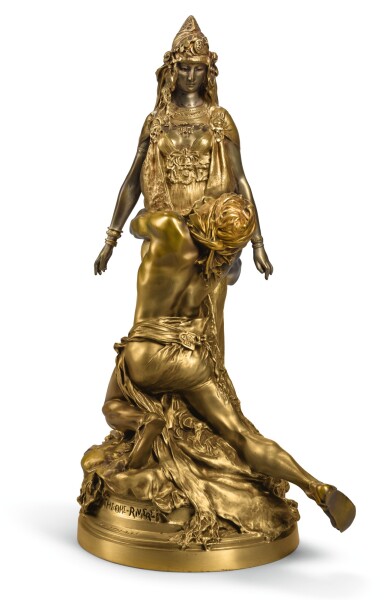 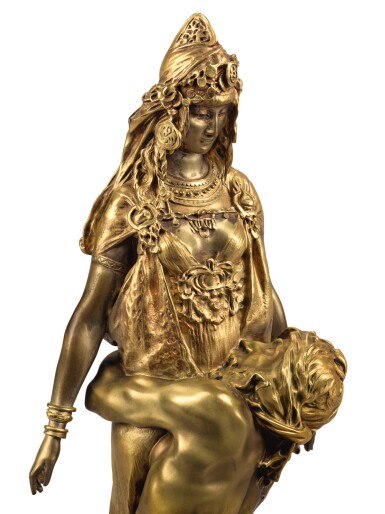 Overall the condition of the bronze is very good with minor dirt and wear to the surface consistent with age. There is very minor wear and a few minor dark marks to the patina.

Théodore Rivière was an architect as well as a sculptor, and is best known as one of the leading Orientalist sculptors of the late 19th and early 20th centuries. Not only drawing inspiration from novels and texts, he also travelled extensively.

The present bronze, also known as Salammbo and Matho, illustrates a scene from Gustave Flaubert's famous novel Salammbô, published in 1862. Salammbo was the daughter of the Carthaginian chief Hamilcar Barca; the Libyan Matho, chief of the barbarian soldiers, fell fatally in love with her. The statuette shows Matho, mortally wounded, clasping on to Salammbo, exclaiming his love for her. Salammbo, portrayed as the ultimate femme fatale, watches stoically. The statuette created a stir on its first presentation at the Salon in 1895, and copies were made in different materials, including chryselephantine (see Musée d'Orsay, inv. no. RF2521) and biscuit. The present gilt bronze edition is a particularly elegant cast of the statuette.