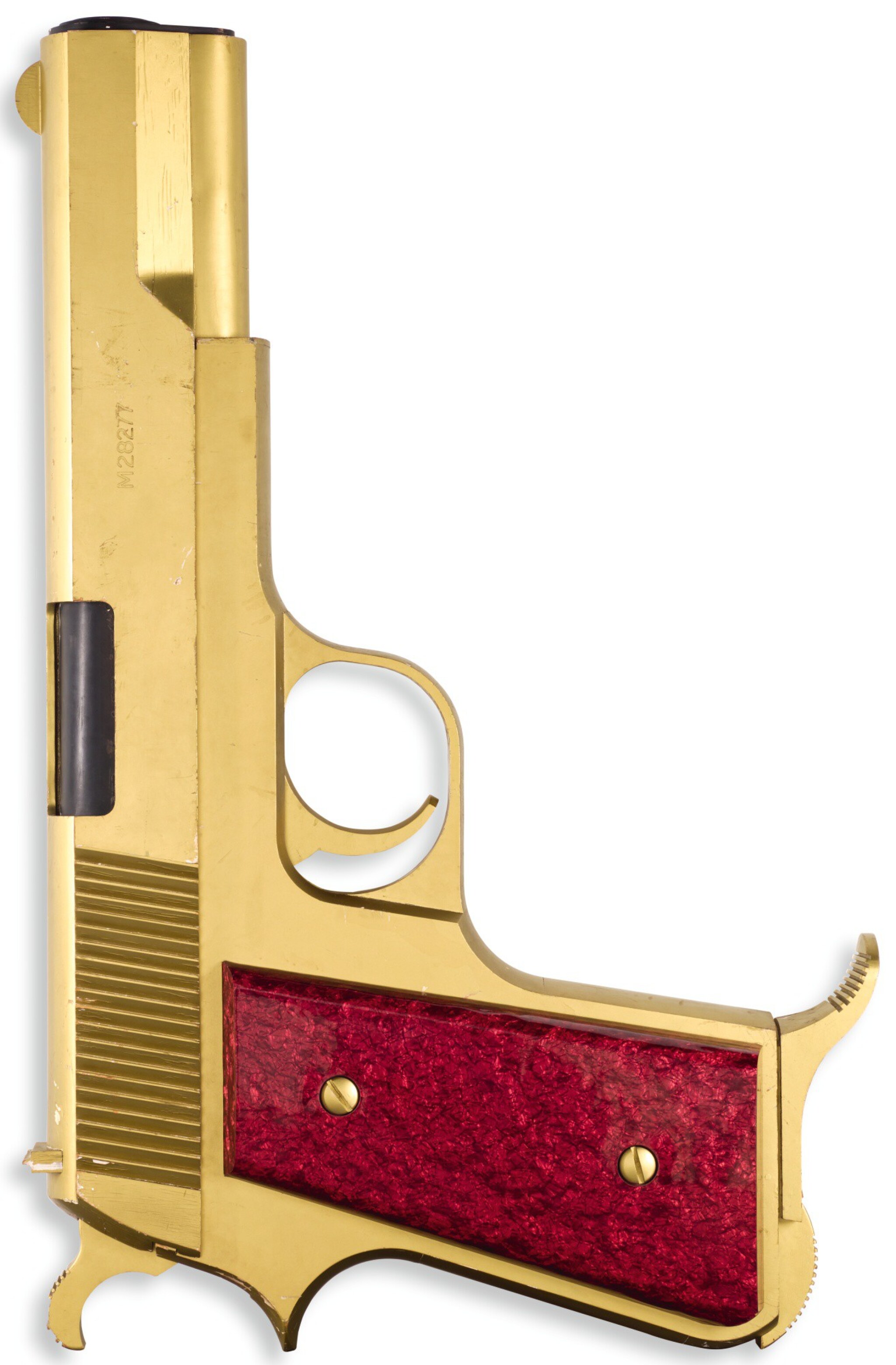 engraved COLLINS & BROECKE 9mm / ABIS, the grip with different coloured faux-mother of pearl to each side

together with a group of sample book covers (some duplicates); a facsimile of the original design; a group of transparencies with repro-graphic work; an exhibition poster; copies of The Sunday Times Magazine featuring the gun and other related articles; six mounted blow-ups of contact sheets showing the gun in production, please see illustrated below

Commissioned by Stephen Abis, Art Director at Granada Publishing as a prop for a series of paperback covers to be issued in 1977.

This extraordinary prop by graphic designer and lecturer David Collins was a commission from Granada Publishing. Collins, who worked with fellow designer Floris van den Broecke, was given a brief by the publisher, titled 'Girl and Gun', which detailed the need for a prop gun for use in photographic shoots for the covers of new editions of Bond titles. The ‘gun’ needed to be oversized, flexible and suitable for use with live models as well as appropriate for shop display and book promotion. The design was based on a hybrid of various guns which according to reportage at the time was deliberate. Ian Fleming's Estate had cover approval and insisted that it should not be based entirely on a particular weapon, to avoid specific endorsement, so the model incorporated details from both the 9mm Beretta and the Colt 45. The prop for 'Girl and Gun' was delivered to Granada on the 28th of March 1977 and this date is engraved on the piece (M28277). The total bill was £1590. ‘James Bond’s new gun’, with various glamorously dressed models, was used on nine separate covers, in photographic shoots by Beverley le Barrow, for paperbacks published in the UK, Canada, Australia and New Zealand.

As advised, the sale proceeds of the present lot will go to Royal Trinity Hospice.

Royal Trinity Hospice is the local hospice and the only dedicated provider of end of life care in south west and central London; providing skilled, compassionate care and support to people with progressive, life-limiting illnesses and those close to them.