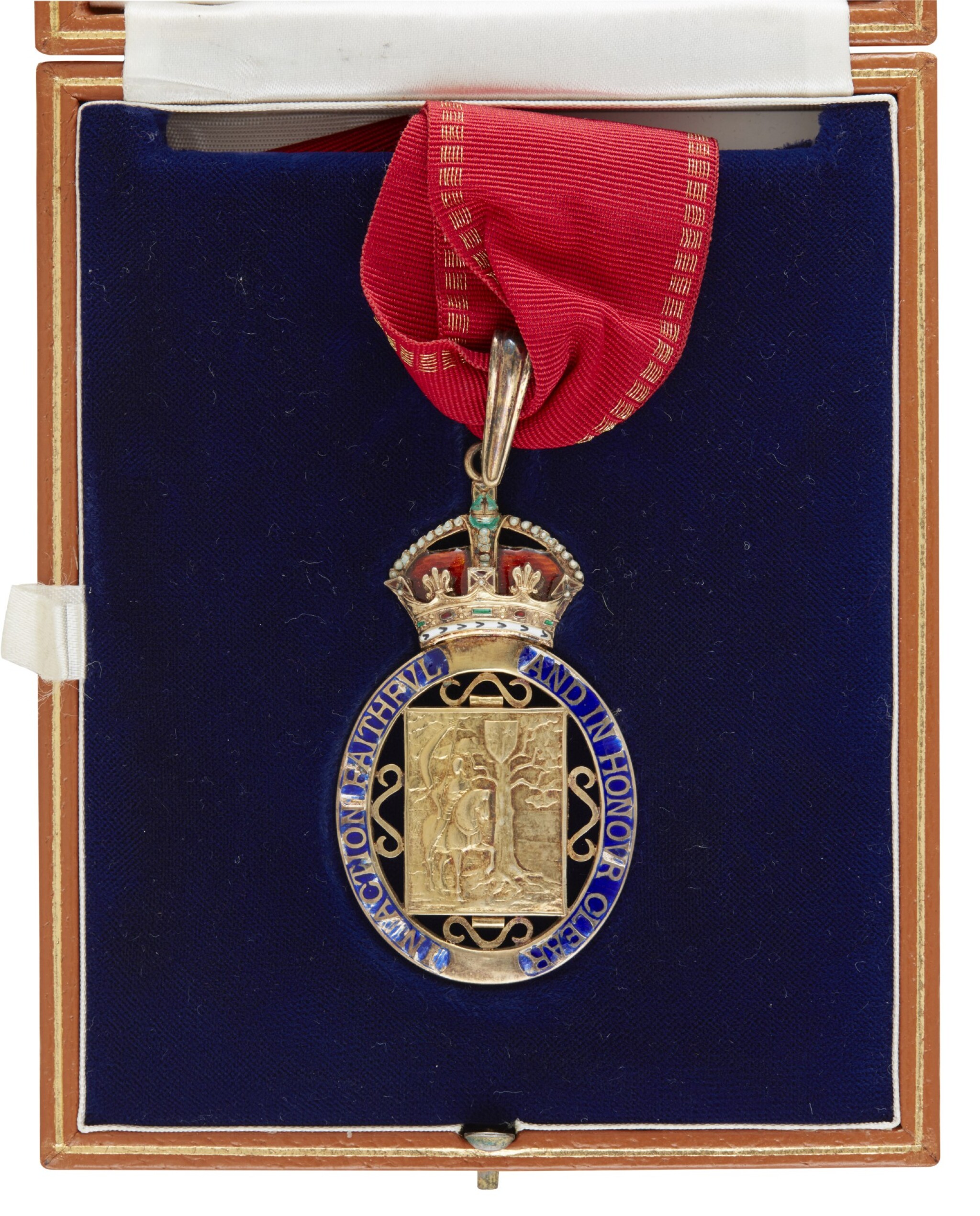 65 x 40mm. oval medallion surmounted by imperial crown, rectangle panel within the oval depicting an oak tree with the shield of the Royal Arms of the United Kingdom hanging from a branch and a mounted knight standing on the left, blue borders to oval bearing the motto “IN ACTION FAITHFUL AND IN HONOUR CLEAR”, with a red neck ribbon with golden border threads, housed in original velvet blue and silk lined tan morocco box stamped C.H. in gilt;

printed citation signed at the head by Queen Elizabeth II (“Elizabeth R”), with seal in blind;

printed pamphlet, The Statutes of the Order of the Companions of Honour;

Margaret Thatcher, typed letter signed, informing Hayek that she plans to submit his “name to The Queen with a recommendation that Her Majesty may be graciously pleased to approve that you be appointed a Member of the Order of the Companions of Honour”, 22 May 1984;

3 photographs of Hayek from the day

The Order of the Companions of Honour was founded in 1917 by King George the V which is “awarded for having a major contribution to the arts, science, medicine or government lasting over a long period of time”. The number of Companions of Honour is limited to 65 members.

Hayek was appointed a Companion of Honour in the 1984 Birthday honours for “services to the study of Economics”. The appointment was a 20 minute audience with the Queen followed by dinner at the Institute of Economic Affairs. That evening, after the festivities, Hayek is reported to have said “I’ve just had the happiest day of my life”.