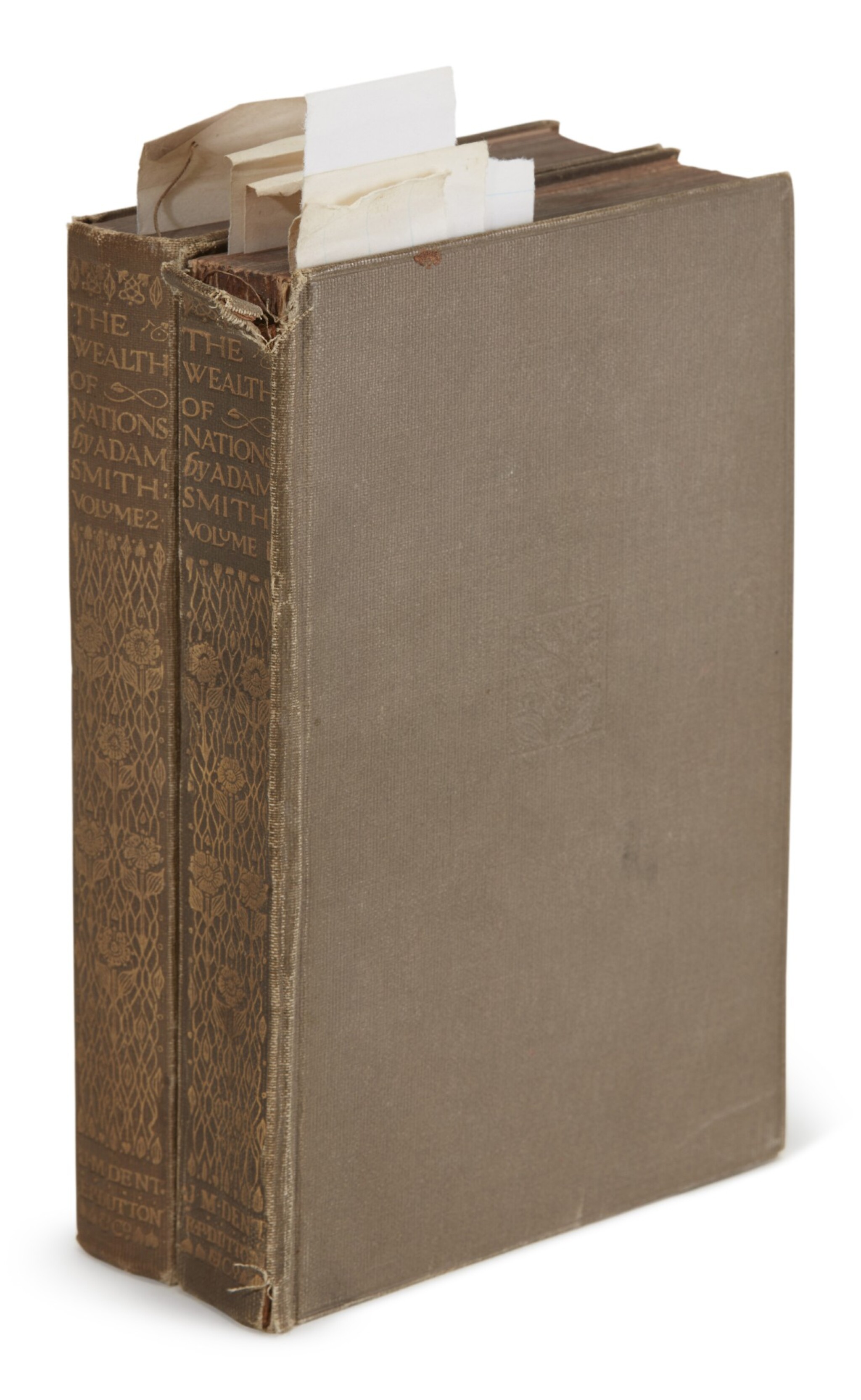 AN INQUIRY INTO THE NATURE AND CAUSES OF THE WEALTH OF NATIONS. LONDON: J.M. DENT & SONS, 1911

Hayek’s underlining includes phrases from the first paragraph of Chapter II which reads “This division of labour, from which so many advantages are derived, is not originally the effect of any human wisdom, which foresees and intends that general opulence to which it gives occasion. It is the necessary, through very slow and gradual consequence of a certain propensity in human nature which has in view no such extensive utility; the propensity to truck, barter, and exchange one thing for another.” (p.12) and later “it is not from the benevolence of the butcher, the brewer, or the baker that we expect our dinner, but from their regard to their own interest.” (p.13).

As the father of economics, Smith laid the foundations not just for the free market economy, but the study of economic theory itself. Hayek later wrote in his 1948 work Individualism and Economic Order, “The main merit of the individualism which [Adam Smith] and his contemporaries advocated, is that it is a system under which bad men can do least harm. It is a social system which does not depend for its functioning on our finding good men for running it, or all men becoming better than they now are, but which makes use of men in all their given variety and complexities, sometimes good, sometimes bad, sometimes intelligent, more often stupid.”