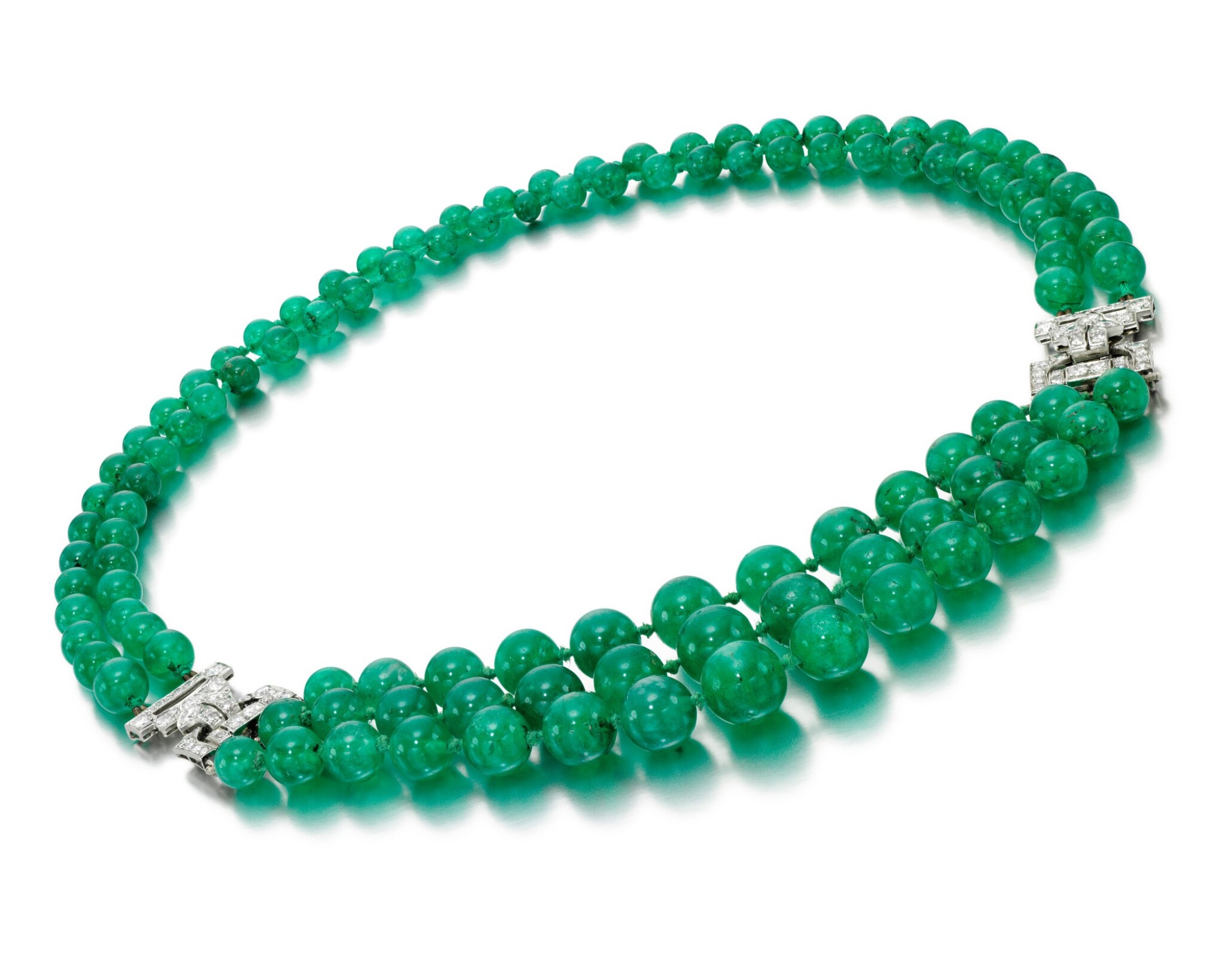 Lots 16 and 18 were previously in the collection of Zoe Vachell. Vachell was born into a prominent Cardiff-based family, who owned significant portions of the city centre and were heavily involved in many facets of the city’s development and administration. Her father was a solicitor with his own firm, Vachell & Co., and her marriage in 1933 to the solicitor Raymond Clifford-Turner further deepened her lifelong association with the legal profession. Clifford-Turner’s career flourished, and his firm rose to international prominence throughout the following decades, merging with Coward-Chance in 1987 to become Clifford-Chance, one of the ten biggest law firms in the world.

These two pieces, likely to have been designed and made around the time of Vachell’s wedding to Clifford-Turner in 1933, exemplify the increasing opulence of jewels during the 1930s. Spearheaded by prominent houses such as Cartier and Van Cleef & Arpels, jewels around this time retained the abstract geometry of earlier jewels in the Art Deco style, but pursued a bolder, more impactful aesthetic, as amply demonstrated here by the dramatic combination of diamonds and emerald beads.