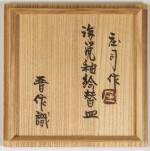 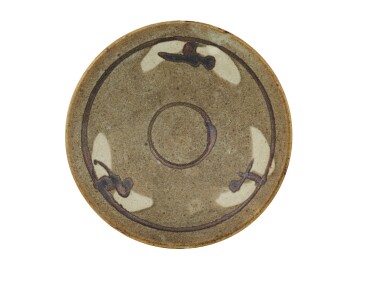 - All in good condition.

Born in 1894 in the Kanagawa Prefecture, Hamada Shōji (1894–1978) is widely recognised as one of the most influential potters of the 20th century.

Returning to Japan in 1924, Hamada settled in Mashiko in the Tochigi prefecture. Along with his close friend Yanagi Sōetsu (1889–1961), he co-founded the Nihon Mingei Kai [Japanese Folk Art Association] that focused on everyday objects produced by common craftsmen, as opposed to highly refined works of art (fine art) as a response to Japan’s rapid industrialization.

The Mingei craftsmen relied on local materials and techniques to preserve the cultural and historical tradition of handmade crafts. A similar movement was occurring first in Britain, leading to the Arts and Crafts Movement, which later flourished across the Euro-American regions.

Hamada was among the first craftsmen to be designated a Ningen Kokuhō [Living National Treasures] in 1955 and was appointed to the Bunka Kunshō [Order of Cultural Merit] in 1978. Widely recognised as one of the most influential potters of the 20th century, Hamda continues to inspire generations of potters and art lovers and to make them re-think what it means to live a “simple life”.

This group of eleven handmade dishes with their earthy haptics and optics using local clay individually decorated with different glazes embodies Hamada’s philosophy of returning to lifestyle essentials and living simply with the earth.