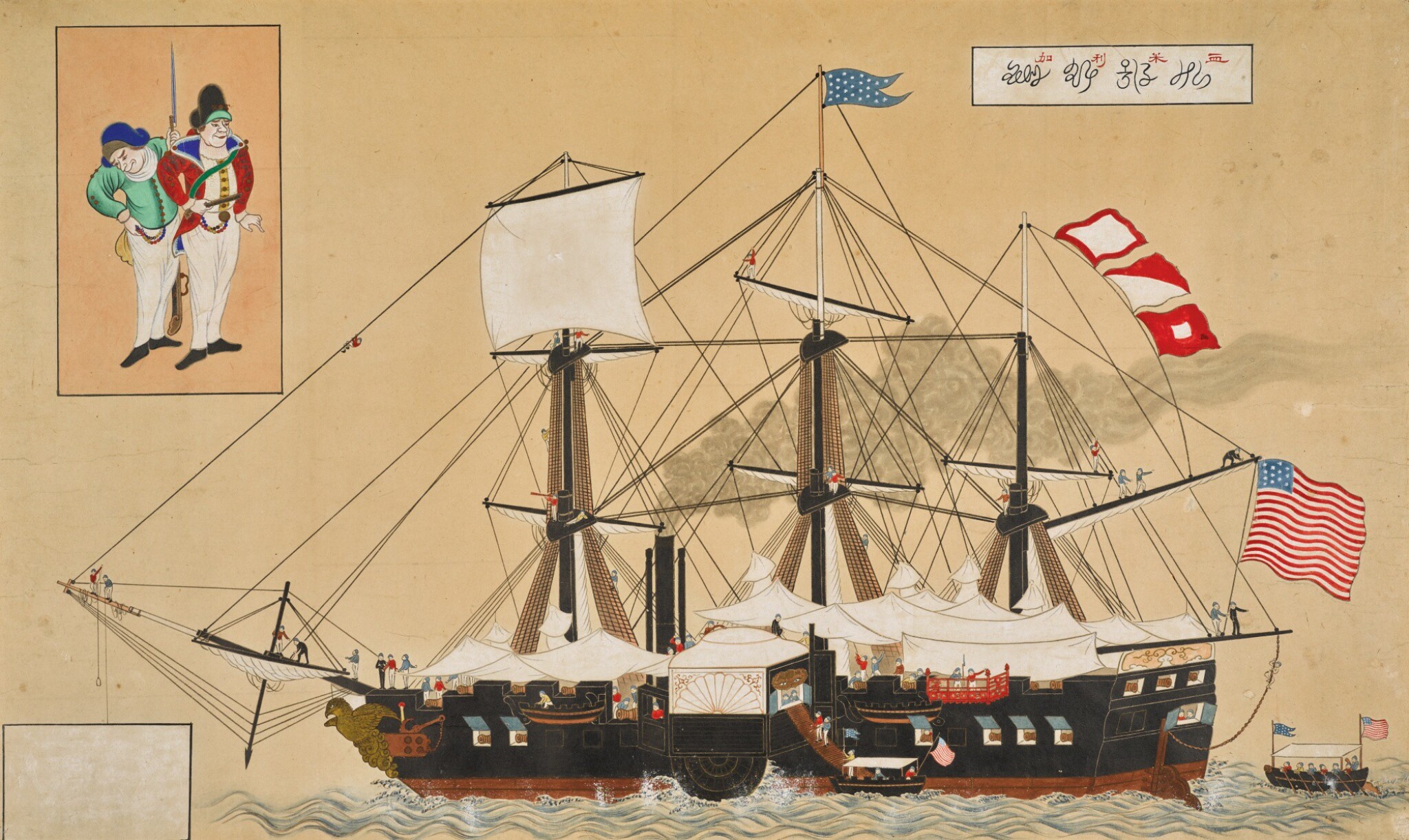 ink and colour on paper, framed

- It has not been taken out of its frame but it seems in good condition.

This painting depicts the Mississippi, which was built under the personal supervision of Commodore Matthew Perry (1794–1858) in 1841. She cruised the Mediterranean Sea and the Ottoman Empire before serving as the flagship for Commodore Perry’s expedition to Japan ordered [DATE] by U.S. President Millard Fillmore (1800–1874).

On 8 July 1853, residents of Uraga on the outskirts of Edo (today Tokyo), the capital of the Tokugawa shogunate, beheld an astonishing sight when four foreign steamships entered their harbour under a cloud of black smoke. The four Black Ships (kurofune) were called the Susquehanna, the Mississippi, the Plymouth and the Saratoga. Commodore Matthew Perry had arrived to request for Japan to end its two-century-long isolationist policy (sakoku) and to open up trade with the West.

Kurofune [Black Ships] became a symbol of the opening of the country (kaikoku) that would eventually cause the fall of the Edo regime.