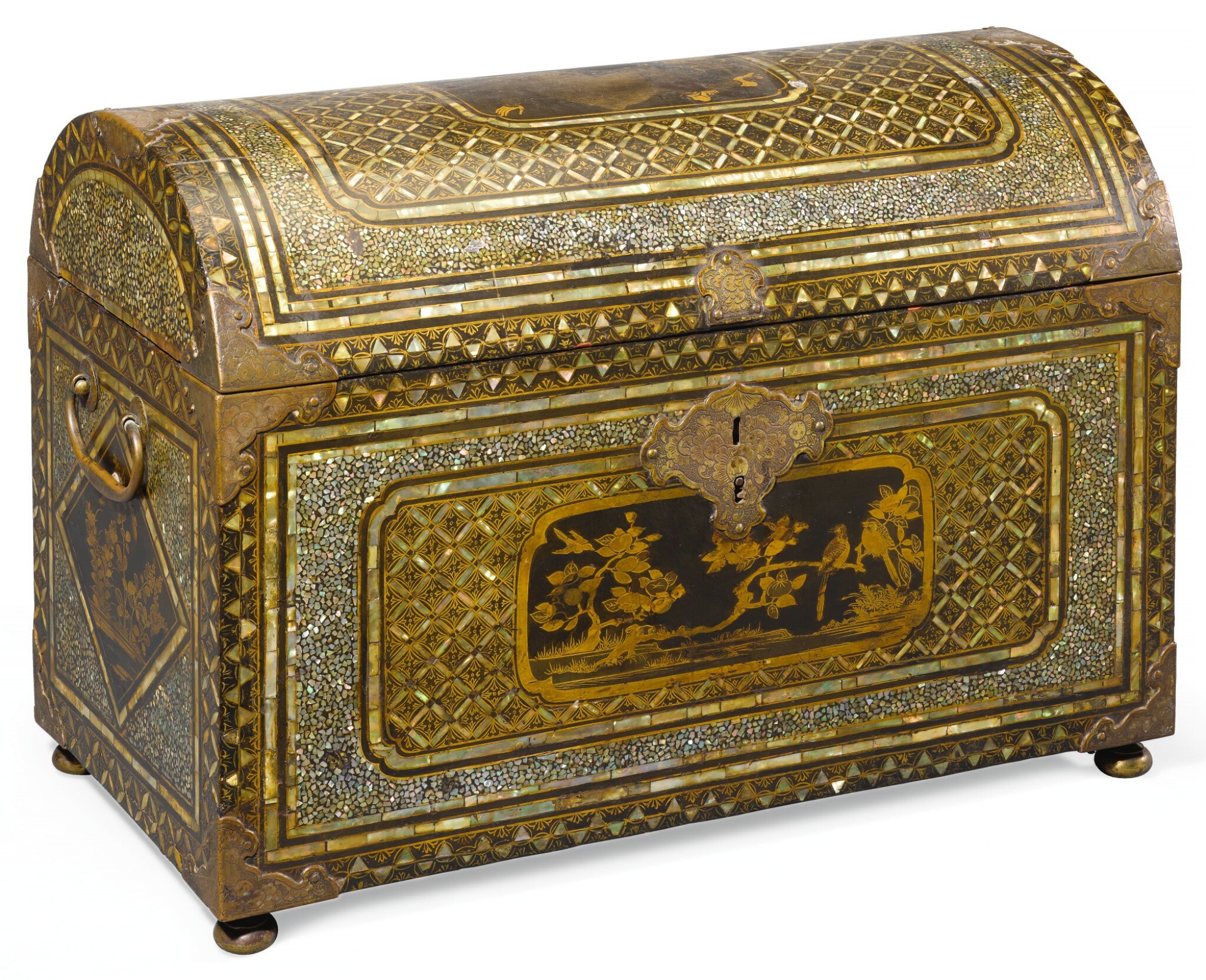 the rectangular chest with hinged, domed cover, with a panel depicting a monkey beside gourd vine decorated in gold hiramaki-e and inlaid in mother-of-pearl against a black ground, the front panel with birds in branches, all bordered by hanabishi and cut mother-of-pearl with finely engraved copper gilt fittings

- The chest has a light varnish overall, some old wear to the lacquer and small pieces of pearl missing. The lockplate hasp is lacking, some old restoration to edges.

- The interior is worn.

The Europeans began to arrive in Japan from the late 16th century for trade and Christian missions. To furnish the Christian churches in Japan and also for export, Japanese lacquer workers produced a variety of decorative lacquer chests, coffers, boxes and other furniture, as well as ceremonial religious objects. Namban lacquerwares are related to Kodaiji lacquer, a type of lacquerware made in Kyoto during the late Momoyama and early Edo periods, which is characterised by designs in gold hiramaki-e on a black ground. Western missionaries and merchants had opportunities to see Kodaiji lacquerwares and ordered the workshops to make the objects for them using the same design and techniques. Namban pieces, however, generally employ dazzling shell inlay, which is never found in Kodaiji works.

For a larger example in the Kyoto National Museum, go to: http://bunka.nii.ac.jp/SearchDetail.do?heritageId=97569#