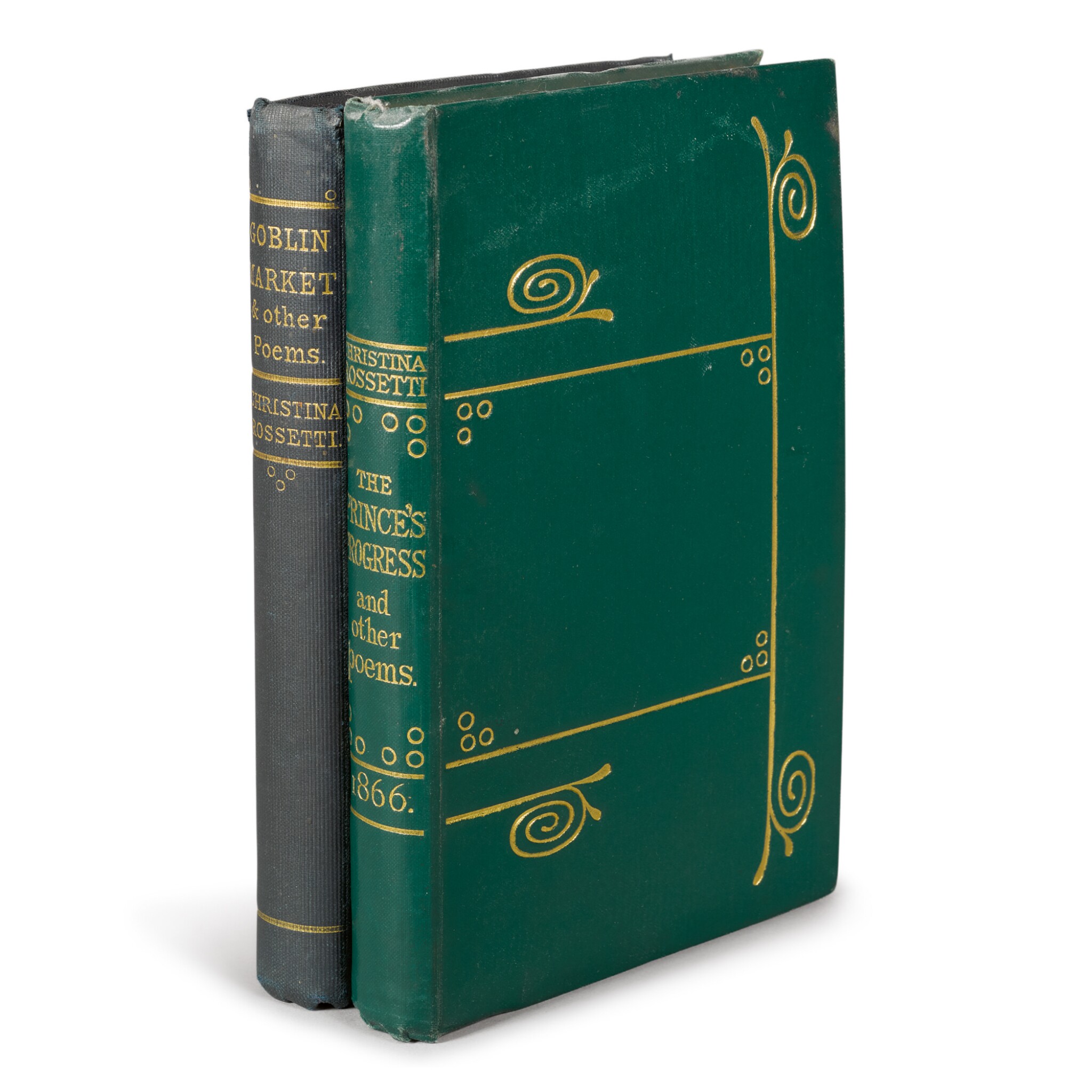 Together a fine pair of first editions

Dante Gabriel Rossetti had a distaste for the sometimes-gaudy aesthetic or ornamentation of Victorian books. In response to this, he designed his own bindings, which often demonstrated a combination of minimalist motifs and contemporary techniques. Here, the design of The Prince’s Progress & Other Poems in particular makes reference to clasps and nailheads on medieval books. Alongside the wood-engraved frontispieces and title-pages, the bindings play an important role not only in the overall art of the book, but its medieval allusion also reflect the themes of the narratives at hand, creating an organic symbiosis between the text and the physical object itself.

Condition as described in catalogue entry. Group lots not subject to return.