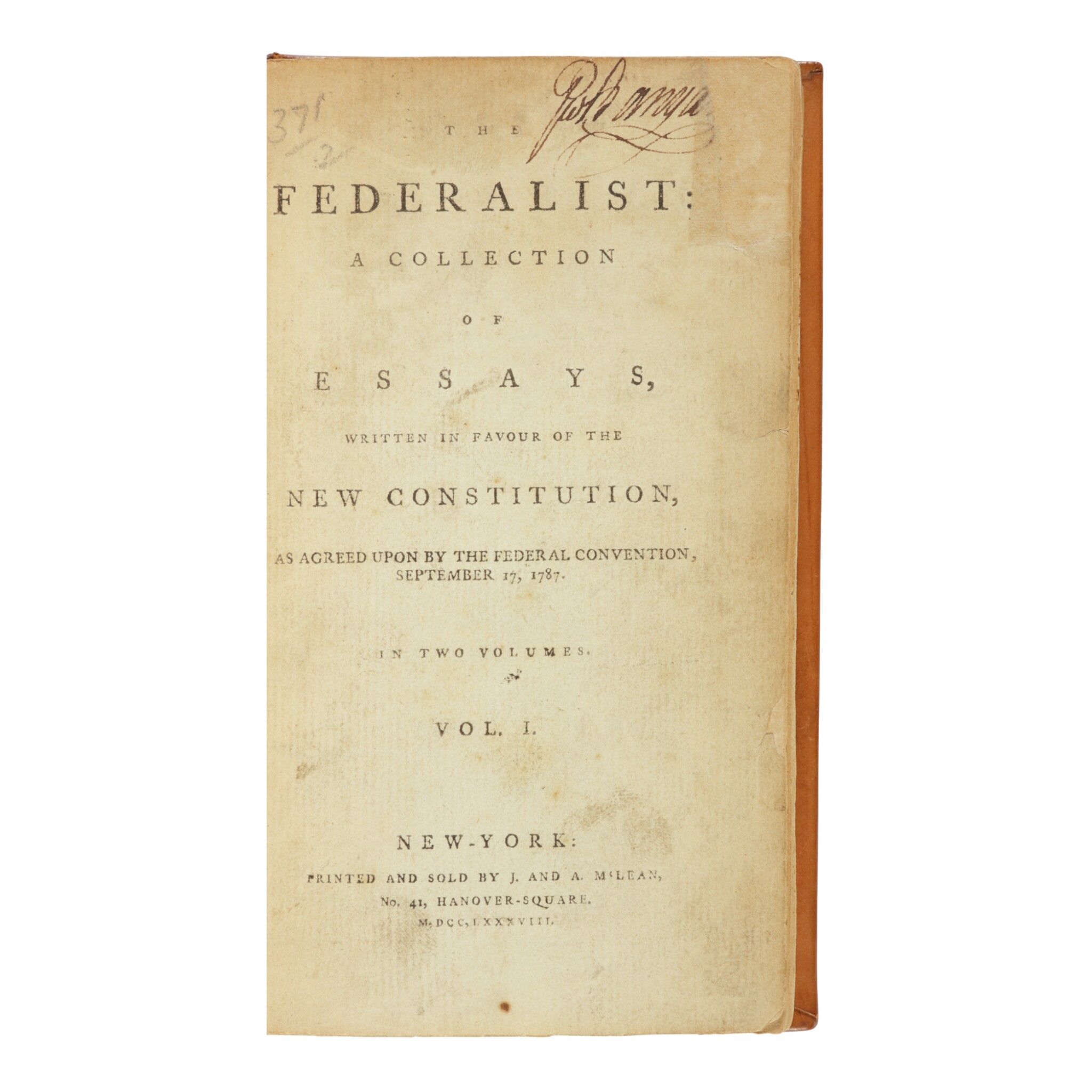 The Federalist. A Collection of Essays, Written in Favour of the New Constitution, as agreed upon by the Federal Convention, September 17, 1787. New York: Printed and Sold by J[ohn] and A[ndrew] M'Lean, 1788

First edition, fine-paper issue, of The Federalist: "A classic exposition of the principles of republican government" (Bernstein). Written as expedient political propaganda for the purpose of supporting New York's ratification of the Federal Constitution, the essays in The Federalist are now recognized as one of America's most important contributions to political theory. Alexander Hamilton was the principal force behind the entry of "Publius" (the pen name shared by all three authors) into the ratification pamphlet wars, but he enlisted Virginian James Madison and fellow New Yorker John Jay as collaborators. Each was assigned an area corresponding to his expertise. Jay naturally assumed responsibility for foreign relations. Madison, knowledgeable in the history of republics and confederacies, wrote on those topics. Having drafted the Virginia Plan, it also fell to him to outline the structure of the new government. Hamilton took on those branches of government most congenial to him: the executive and the judiciary; and he also covered military matters and taxation. The Library of Congress attributes with certainty fifty-one essays to Hamilton, fifteen to Madison, and five to Jay, three to Hamilton and Madison together, and nine as being written by either Hamilton or Madison.

The first thirty-six Federalist papers were collected and published by the M'Lean brothers in March 1788, and the final forty-nine—together with the text of the Constitution and a roster of its signers (here bound at the end of vol. 1)—followed in a second volume two months later. In fact, the final eight essays were printed in book form before they appeared serially in newspapers.

The designation "fine-paper issue" indicates that this copy is not one of the few copies printed on heavier-bulking "thick" paper, but is printed on the standard book paper of the edition.’