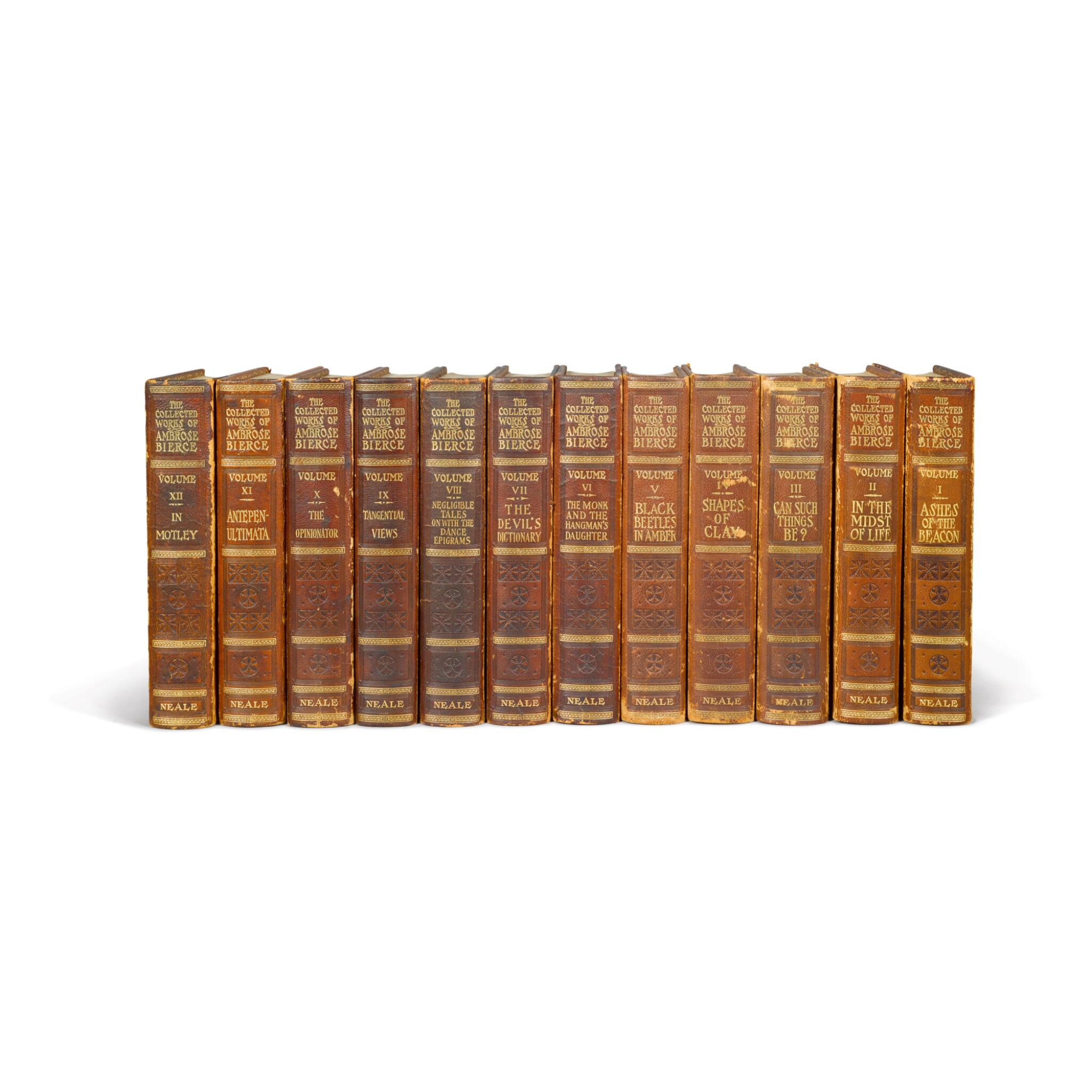 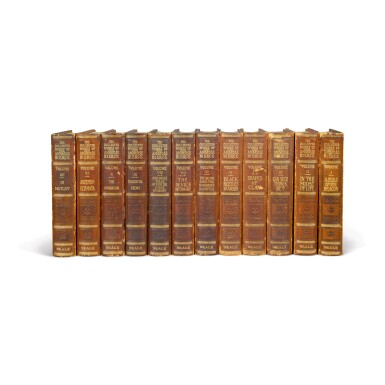 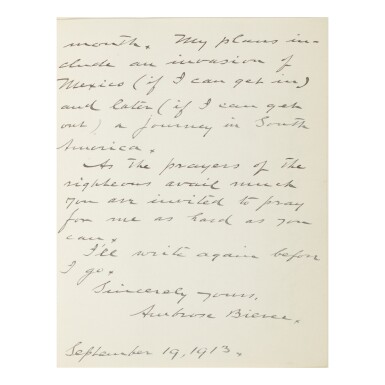 Limited edition, one of 250, signed by Bierce on the compliments page, extra illustrated with the insertion of original letters and documents by Bierce, his publisher Walter Neale, and their contemporaries, including one of the last known letters written by Bierce, to Neale, referencing his impending trip to Mexico.

Ambrose Bierce's disappearance in the winter of 1913-1914 is one of the enduring mysteries of the twentieth century. A 71 year-old Bierce purportedly left for Mexico with the aim of bearing witness to Pancho Villa's revolution, before vanishing without a trace. Some scholars believe he was killed in the siege of Ojinaga in January 1914, while others interpret the trip as a cover for suicide, having previously characterized it as a noble act. Regardless, "Bitter Bierce" seems to have been seeking his own death in one way or another.

In the letter laid into volume one, Bierce lays out his plan for his impending travels, before tacitly acknowledging the danger of his undertaking by entreating his publisher to pray for his safekeeping: "I expect to leave here about the first of next month. My plans include an invasion of Mexico (If I can get in) and later (If I can get out) a January in South America. As the prayers of the righteous avail much you are invited to pray for me as hard as you can."