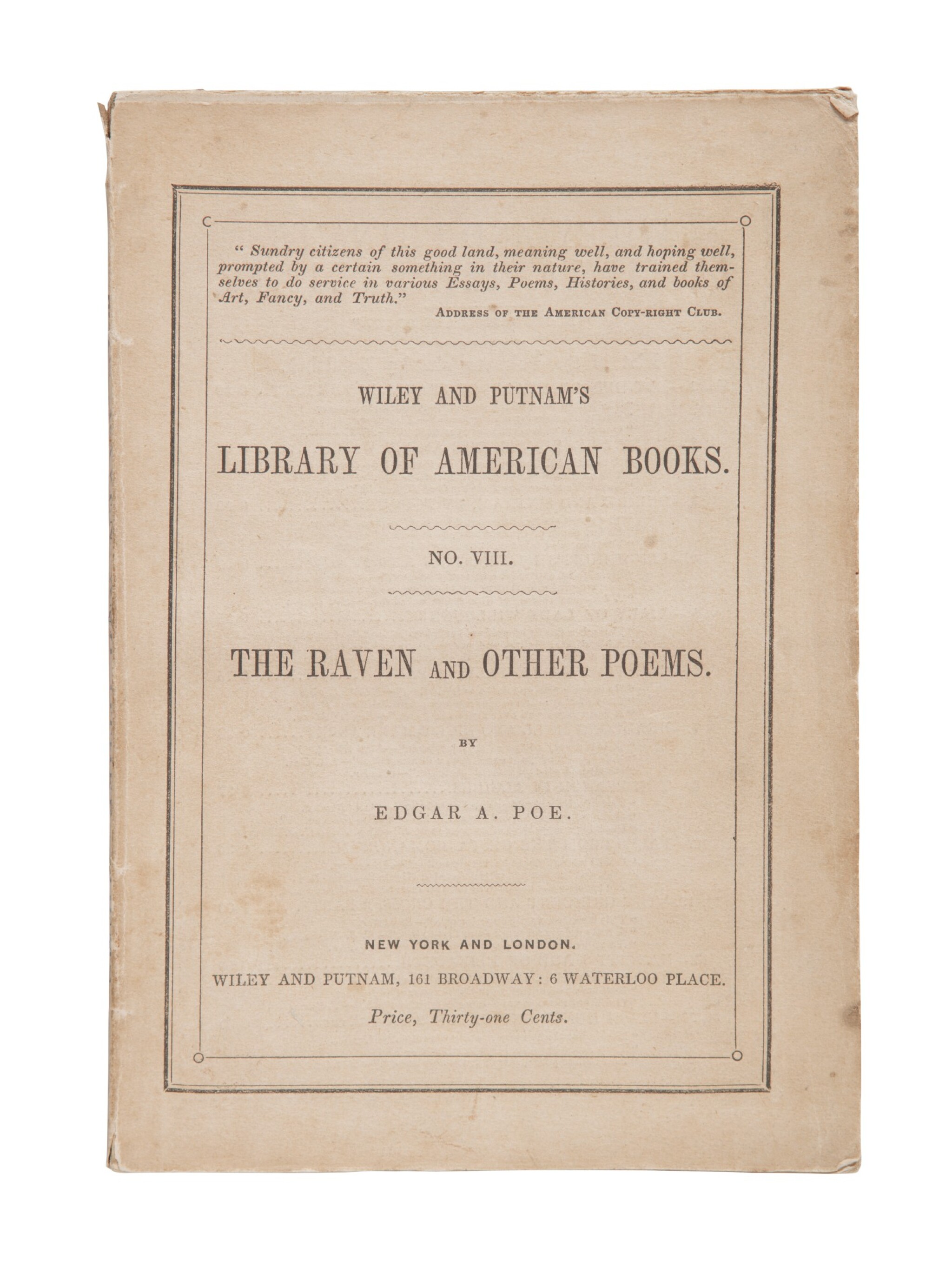 8vo. Half-title, integral adverts at end; "Tamerlane" and the adverts partly unopened, the half-title and last page of adverts foxed, but otherwise generally only the occasional stray spot and so unusually clean internally. Original printed wrappers; very slightly worn and lightly dust-soiled, but not overly faded, the lower joint neatly split about one inch at the tail, the spine only very slightly chipped at ends, the whole with a few minor closed tears along spine title skillfully repaired with no loss to text. Very much a superior example. Quarter blue morocco slipcase.

..."the most important volume of poetry that had been issued up until that time in America" (Hervey Allen)

The title-poem was first printed in the American Review in January 1845; "The Raven," writes Robertson, "Made Poe's name known both in America and England, and brought him an immortality that by no other means could he have attained ... [and it] give him fame as a poet such as no other American has received."

The immense success of "The Raven" and its captivation of the public imagination (along with the strong reception for Tales) prompted the publisher to issue the present collection. Poe selected what he considered his best poems.

This is a near-fine copy of one of the greatest American books of its age, and one of the most difficult to find in any acceptable condition in wrappers, given the fragility of the issue and a printing of what was originally only 750 copies (spread among two cloth bindings and the present issue).  It is without doubt among the best obtainable, certainly equal to the copies from the Self and Martin collections, and perhaps bested only by the truly fine Tane copy in private hands.