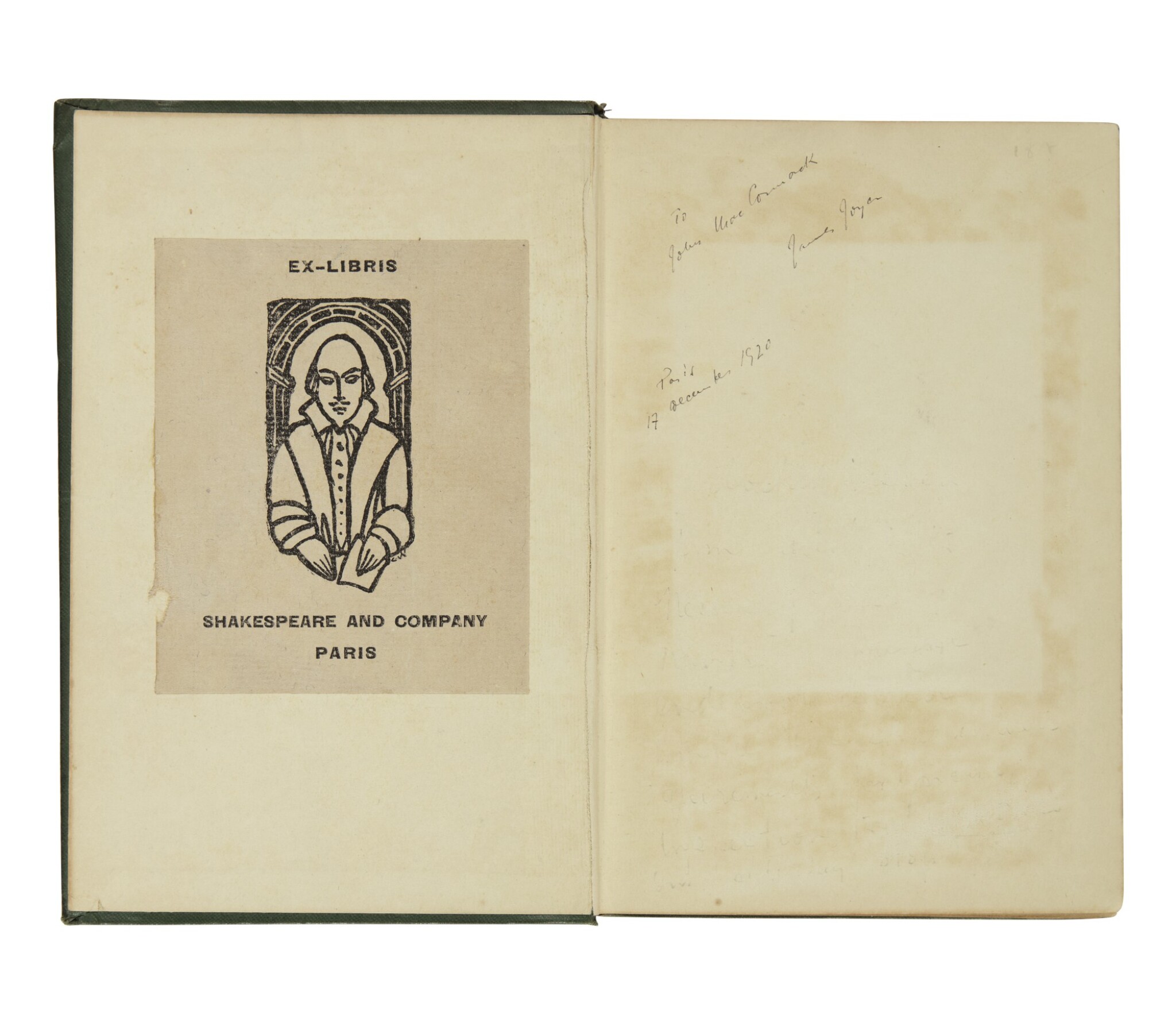 John Francis McCormack (1884-1945) was a world-famous Irish tenor who was greatly admired by Joyce throughout his life, and would eventually serve as a model for Shaun the Post in Finnegans Wake (1939). Their friendship began in 1904, when McCormack encouraged him to enter the Feis Ceoil singing competition in Dublin, and Joyce walked away with the bronze medal. It was the beginning of a lifelong fascination with the vocal arts for the author, which would become an important stylistic influence in his writings.

Both men left Ireland soon thereafter, where their paths diverged dramatically. McCormack's career blossomed over the subsequent years, bringing him particular renown and success touring the United States as one of the most popular concert singers in the country. Joyce, on the other hand, endured years of poverty and struggle, which abated only with the publication of his first novel, Dubliners, in 1914. When McCormack traveled to Paris in late 1920 with a busy performance schedule, Joyce made a point of attending the premiere occasion, and afterwards arranged a rendezvous between their families.

By all accounts it was an overwhelmingly warm reunion, though the pair did debate their theological differences (Joyce famously rejected Catholicism, where McCormack would eventually receive the title of Papal Count). When the topic turned from reminiscing over the old days in Dublin to Joyce's writing, they discussed the unfinished Ulysses "at some length," before Joyce promised to give McCormack a copy of A Portrait of the Artist as a Young Man (the present lot), and to lend a copy of Dubliners to his brother James (Scarry, 529).

Joyce fulfilled his promise the following week. The letter that accompanied the books, also dated 17 December 1920, appeared in the Sotheby’s salesroom in 2011, where it sold for £8,125. The letter reads, in part: "I send you the books promised, the novel [A Portrait of the Artist as a Young Man] for you, Dubliners for your brother but shall be obliged if he will return the latter when read as it is out of print. I shall enclose a review of Ulysses if I can find it which is doubtful."

Inscribed copies of this, or any, edition are quite rare