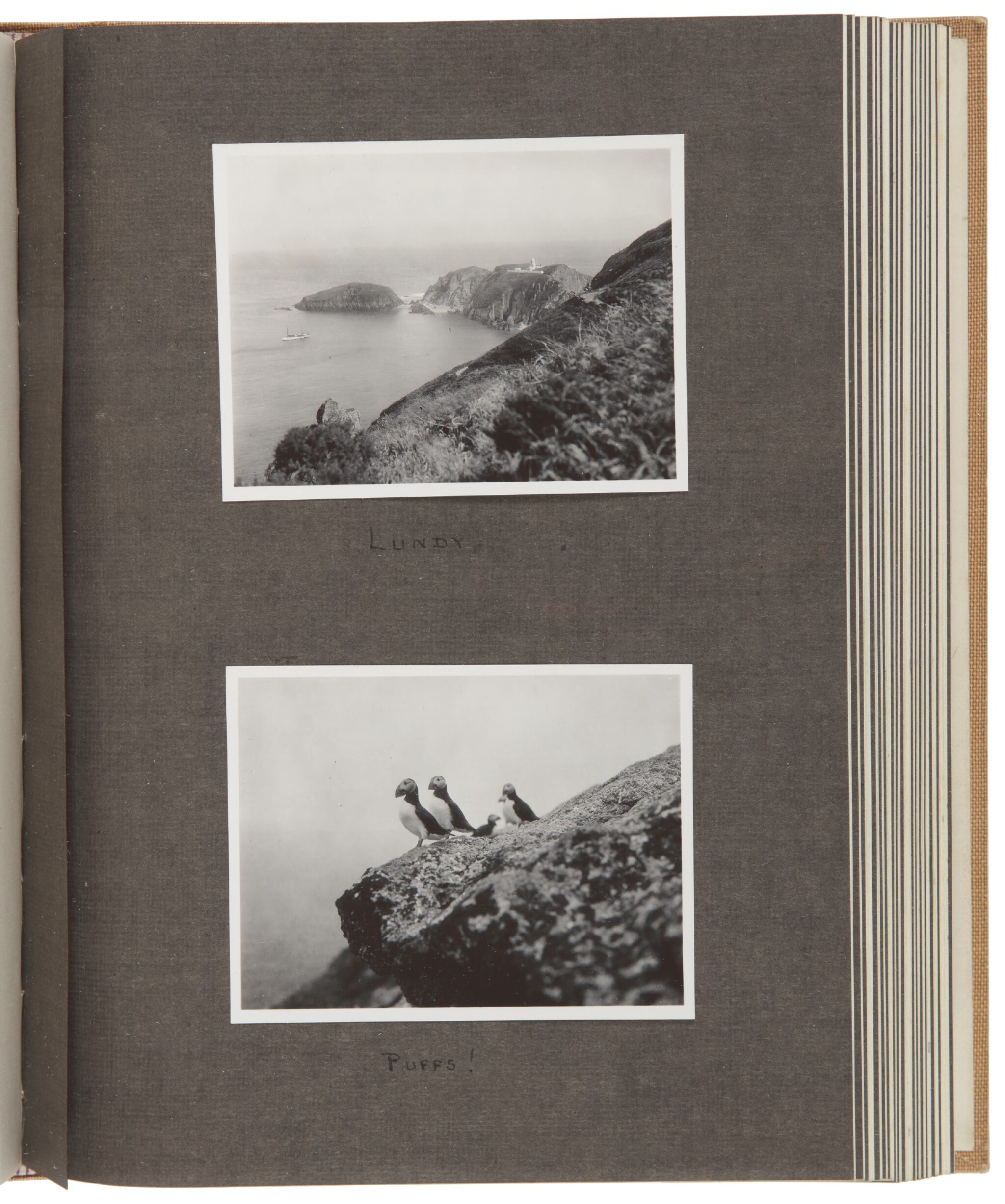 "The sight of the tiger when he first appeared was one I shall never forget, first of all his head and shoulders through the stems of the trees and then huge as after looking round about he began to come down into the ravine. The incidents which followed were too thrilling ever to be forgotten, and nothing could ever spoil the triumph of the evening's work. He was apparently a tiger which had done a great deal of damage last year amongst cattle and had been beaten for without success in the same place on more than one occasion" (12 April 1928). Of the 39 volumes, 20 are unique, with the rest being duplicates—or sometimes triplicates—of a given text. One volume, "Home-Leave May-October 1932" chronicles the Clough family's temporary return to the U.K. Another, titled "The Aysgarth Book," is "A Dialogue on One Act and an Epilogue: with a Praescript in Mockheroic Verse."

John Clough (1904-1947), was a High Court Judge in Calcutta. Julian Clough, his twin brother, was Head of the Calcutta Office for the Scottish-based tea company, James Finlay.