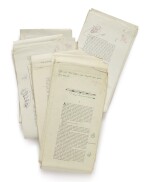 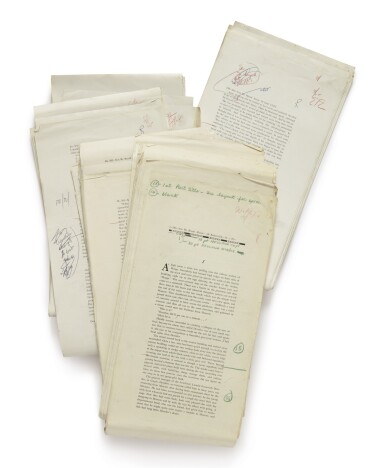 Two sets of proofs for the first English-language edition of Vladimir Dudintsev's Not by Bread Alone, the most important work of Soviet literature from the Khrushchev Thaw, apart from Aleksandr Solzhenitsyn's One Day in the Life of Ivan Denisovich, which was also first published in English by Elliott Macrae of E. P. Dutton. Dudintsev's novel sparked one of the first open political debates during destalinization and helped expose the gap between the Soviet government and the Soviet people.