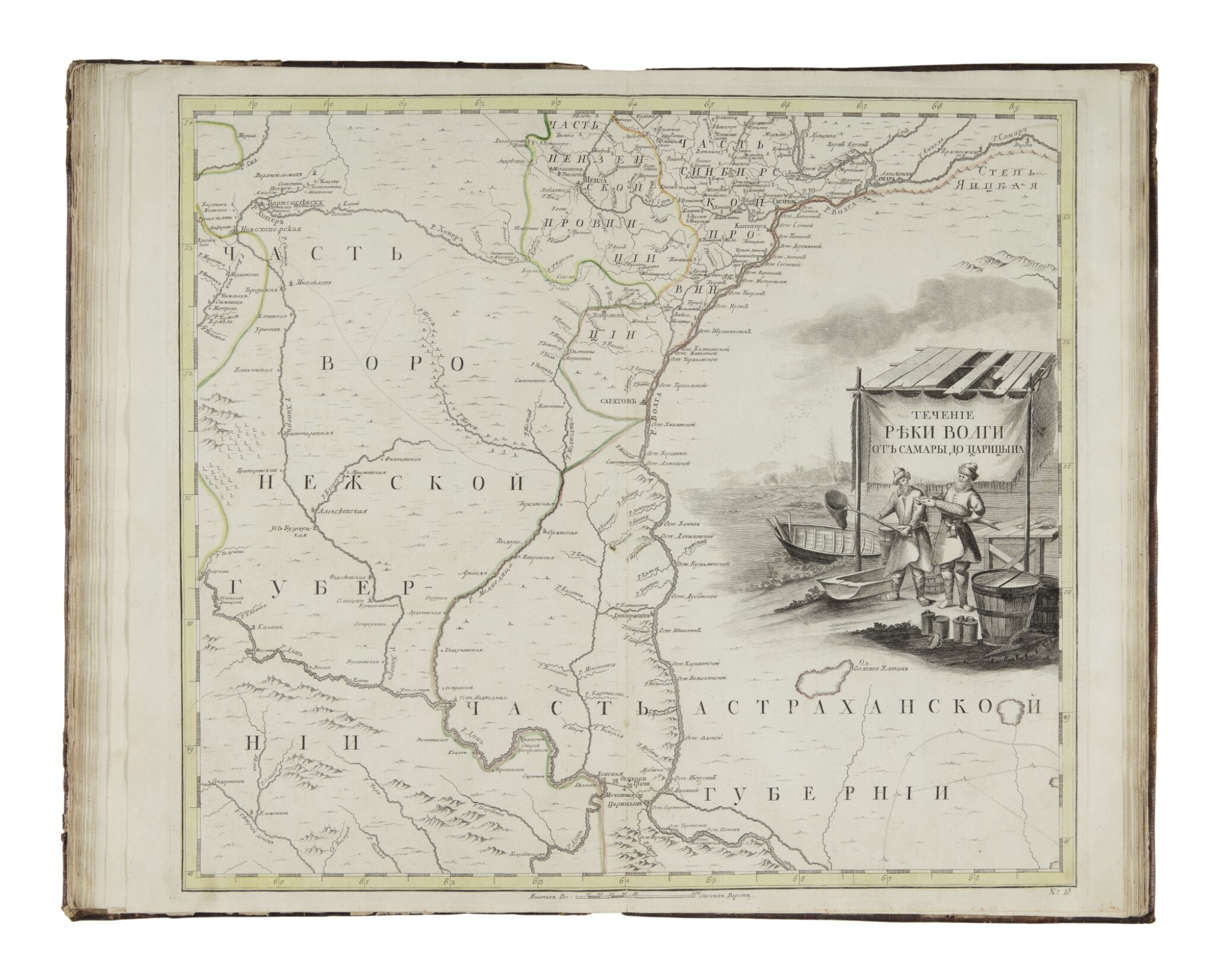 First edition of the first atlas devoted to Russia.

Compilation of this work took nearly twenty years, following the proposal put to the Academy by the French geographer Jacques Nicolas de l'Isle in 1729 for the production of an atlas of the Russian Empire comprising sixteen sheets. He obtained the approval of the Academy in 1735, and its entire cartographic effort was devoted to the atlas, using materials gathered during expeditions to Siberia in the 1730s. On publication in 1745, Russian cartography came of age.

"This atlas marks the summit of Russian cartography at the end of the first half of the 18th century' (Svodnyi Katalog). 'As the most complete representation of Russia to date, the atlas gave the European public a knowledge of the vastness and complexity of the Russian Empire' (Whittaker).