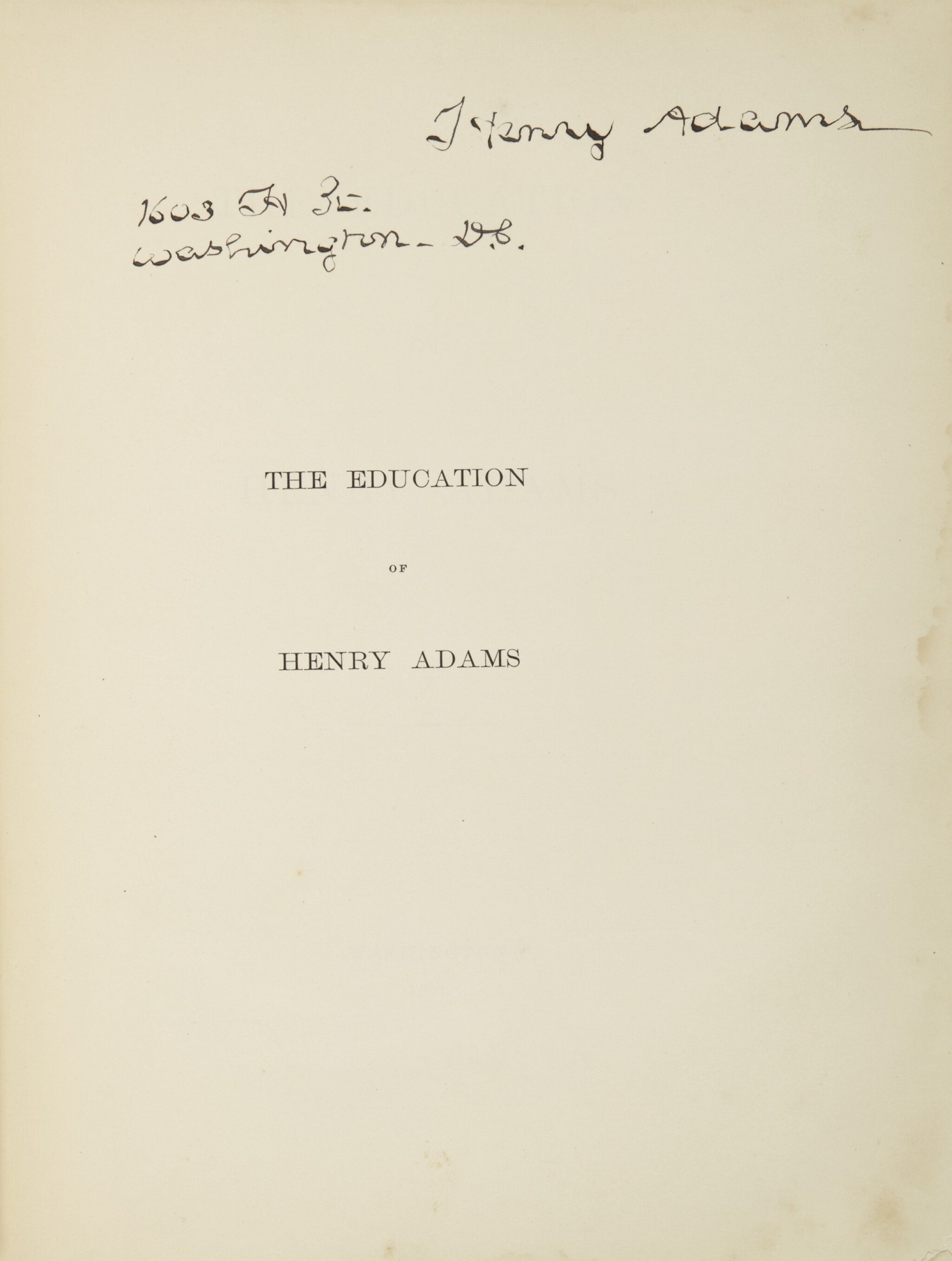 The Education of Henry Adams. Washington: [Privately printed for the author], 1907

First edition, first issue. Adams's own copy, signed and annotated by him. One of about 40 copies printed for friends in early 1907. The author has inscribed and signed the half-title, "Henry Adams, 1603 H St., Washington, D.C."

It is noted that Adams initially had a mere 40 copies printed at his own expense, but due to demand, printed another 60 later on. As a result, the original 40 were used very much like proof sheets, which were bound and sent to friends for their consideration (BAL). The present copy was used by Adams to revise Education for later printings. Adams then gave this copy to prominent Washington physician William Holland Wilmer in late 1907.

Education is one of the books for which Adams is best known, and it was his attempt at laying out the narrative of his own life, as well as his theory of history. Introspective in its nature, Education grapples with the dawning of the 20th century, and the previous century's educational practices. The grandson of President John Quincy Adams, and great-grandson of founding father and President John Adams, this meditation of sorts is built upon a political foundation, but is essentially—as the title suggests—an exploration of education, and "self-education" moreover, in a rapidly shifting world.

The text was not made commercially available until 1918, following the author's death. In 1919, it was awarded the Pulitzer Prize. The Modern Library named Education as the best non-fiction book published in English since 1900.

Dr. William Holland Wilmer (armorial bookplate; given to him by the author).