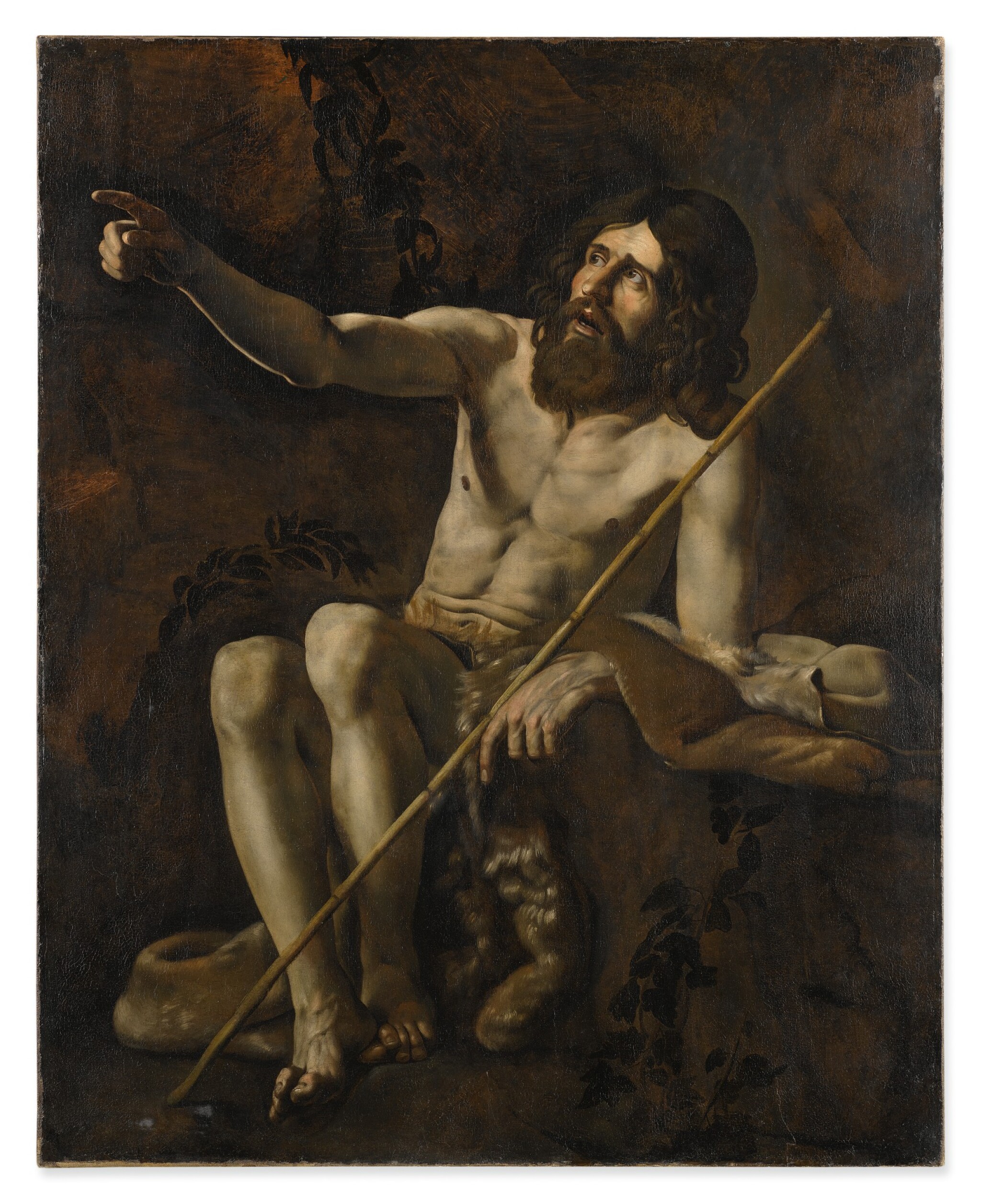 SAINT JOHN THE BAPTIST IN THE WILDERNESS

This work has been lined onto linen, with a traditional glue. The paint layer is stable. It is slightly lacking in texture as a result of the lining. The softer colors in the background and in the shadows of the figures have weakened slightly over time. The paint layer is clean, retouched and varnished.

The varnish could be re-examined to present a more even finish, but the painting looks well overall.

There acquired by Coll & Cortés, Madrid;

By whom sold to a Spanish private collector.

This painting is an autograph replica of a slightly smaller work, signed with Caracciolo’s monogram, which was formerly in the collection of the sculptor Emilio Greco in Rome until it was sold by his heirs at Sotheby’s in Milan in 2005.1 Roberto Longhi first published the monogrammed work as a painting by Caracciolo from 1616-1622, while Moir, Prohaska, and Causa (See Literature) dated the painting to the 1620s. Therefore, it is likely that this version was produced shortly after and is also datable to the 1620s.

In this Caravaggesque composition, Saint John the Baptist emerges from the dark wilderness that surrounds him. When compared to the other signed and smaller version, the scale of the saint is actually consistent between the two works. This is due to the greater use of empty and dark space, which further dramatizes the scene. Details in Saint John's body, such as his head, hands, and feet, are better appreciated as a result of the artificial light that illuminates his exposed torso and legs. Caracciolo uses the chiaroscuro effect to heighten the intensity of this scene, a technique he inherited from Caravaggio but interpreted in his unique style.

Saint John's body is foreshortened in this work, as it is meant to be observed from below, a technique known as da sotto in su. This adds to his grandeur, while the saint's energetic gesture and half-open mouth both indicate that he is preaching to someone outside the picture space.