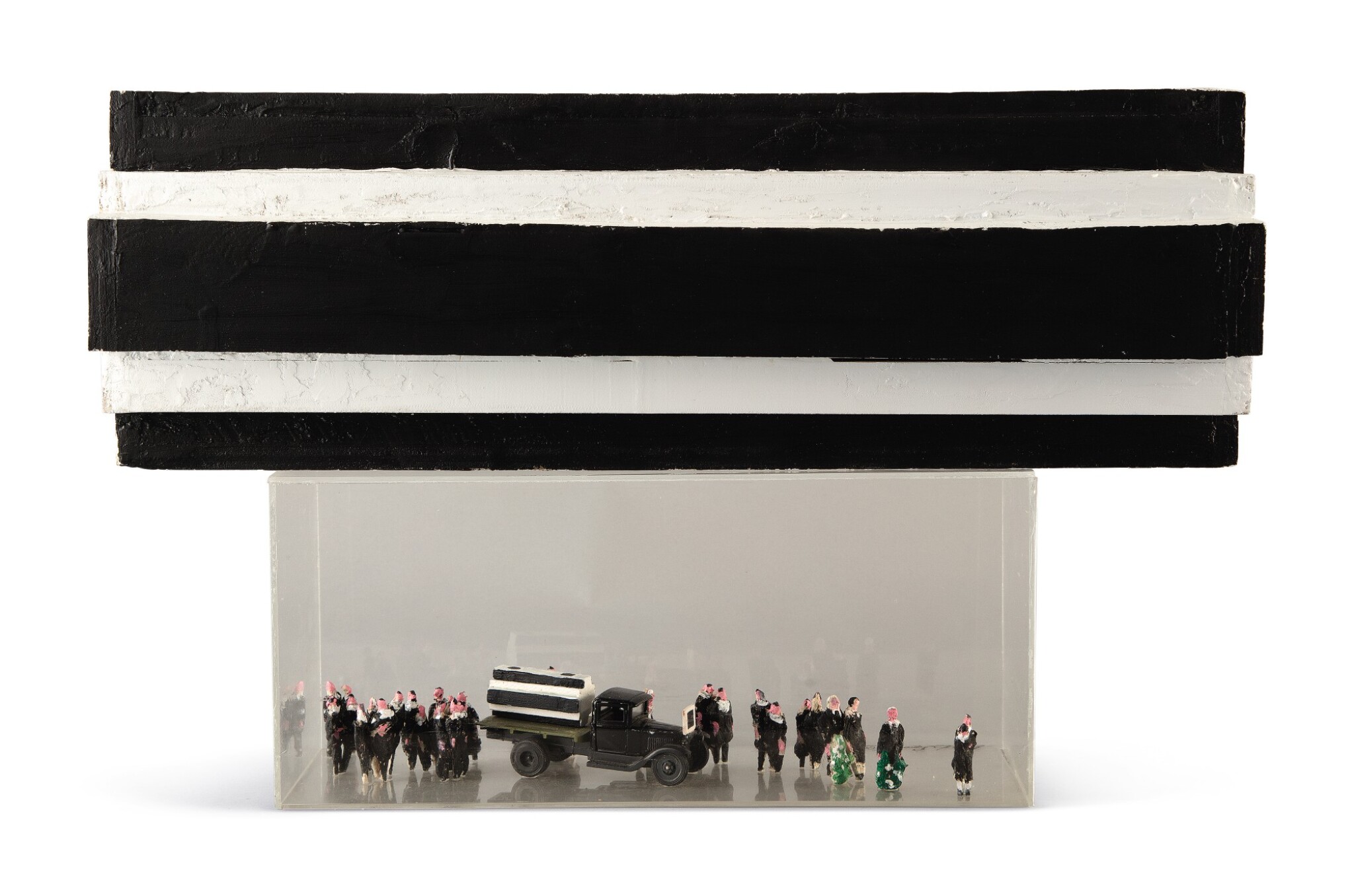 IN MEMORY OF MALEVICH

The wood and paint layer have split in places and there are some minor losses. There is a layer of surface dirt and scratches.

There are scratches and glue stains to the Perspex box. The edges of the base are uneven.

One of the unintended consequences of the unofficial ban on Russian avant-garde art by the Soviet censor was the mythologizing of Kazimir Malevich of his Infamous Black Square by the artists of the so-called Second Avant-Garde. By the 1980s however this reverential regard inevitably gave way to something more wry, particularly amongst the Sots-artists who attempted to pull the rug out from underneath. ‘For the generation emerging in the 1980s, the ‘Malevich complex’ was not so fraught. ‘Dethroning the idol’ was more like a fun contest in which the participants attempt to neutralise the enemy and employ him or her to their own ends’ (I.Karasik, The Adventures of the Black Square, St Petersburg: Palace Editions, 2007).

Sokov’s usual subject was Soviet symbols and ideology but here the same treatment is applied to Malevich’s po-faced Suprematism. The solemn pomp of Malevich’s Suprematist funeral with his Architekton sarcophagus and the crowd of mourners waving black square flags was not that far off Lenin’s state funeral. Sokov recreates this scene with roughly-painted papier-mâché figures and a child’s toy truck, topped with a crude approximation of his coffin, recasting ideology as folklore.