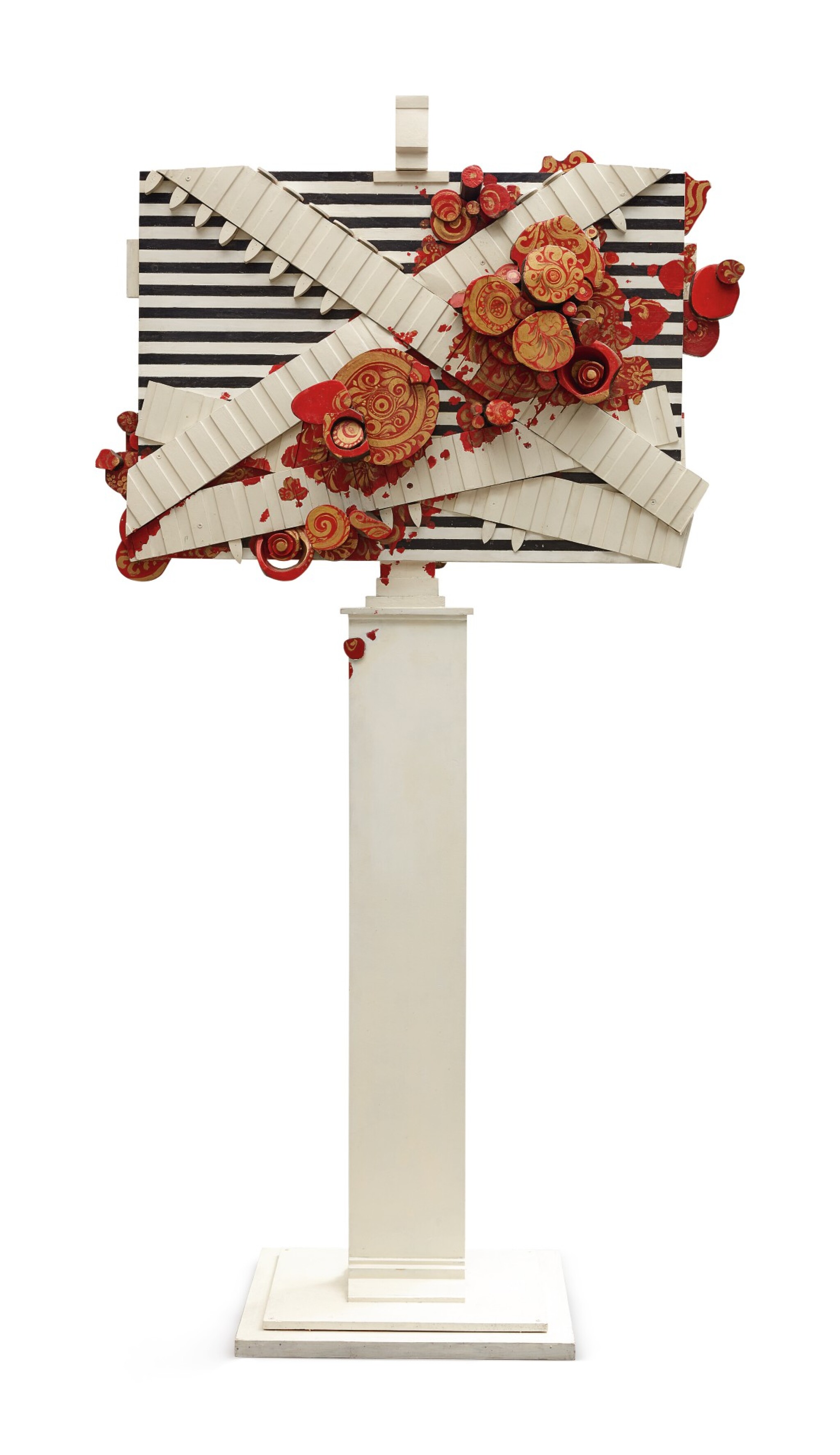 ﻿signed in Cyrillic and dated 2004 on the reverse

There is a layer of surface dust and dirt. Handling marks are visible on the white paint. There is general wear to the base and losses to the corners. There are a few minor losses to the paint layer in places. There is a split in the wood at the top of the ammunition belt on the upper right on the reverse. The object is in two parts, the upper part slots into the plinth.

Boris Orlov graduated from the Stroganov Moscow State Academy of Arts and Industry, where he trained as a sculptor under the famous Soviet monumentalist and creator of the Moscow metro bas-reliefs, Georgy Motovilov. Closely associated with the Moscow-based Sots-art movement, Boris Orlov has described himself as an ‘imperial artist’. Seeing parallels in the imagery of Soviet Imperialism with the imagery of ancient Greece, Rome and the Baroque of St Petersburg, Orlov masterfully interweaves these but his work is always shot through with irony, thus undermining the notion of Soviet power.

'The subject of Soviet state power was forbidden to critique: by portraying its top echelon I crossed out my official career as an artist forever', the artist recalled in an interview. However, unlike most of the Sots-artists, he did not emigrate and lives in Moscow to this day. In 2008 Orlov was one of the finalists for the Kandinsky Prize.