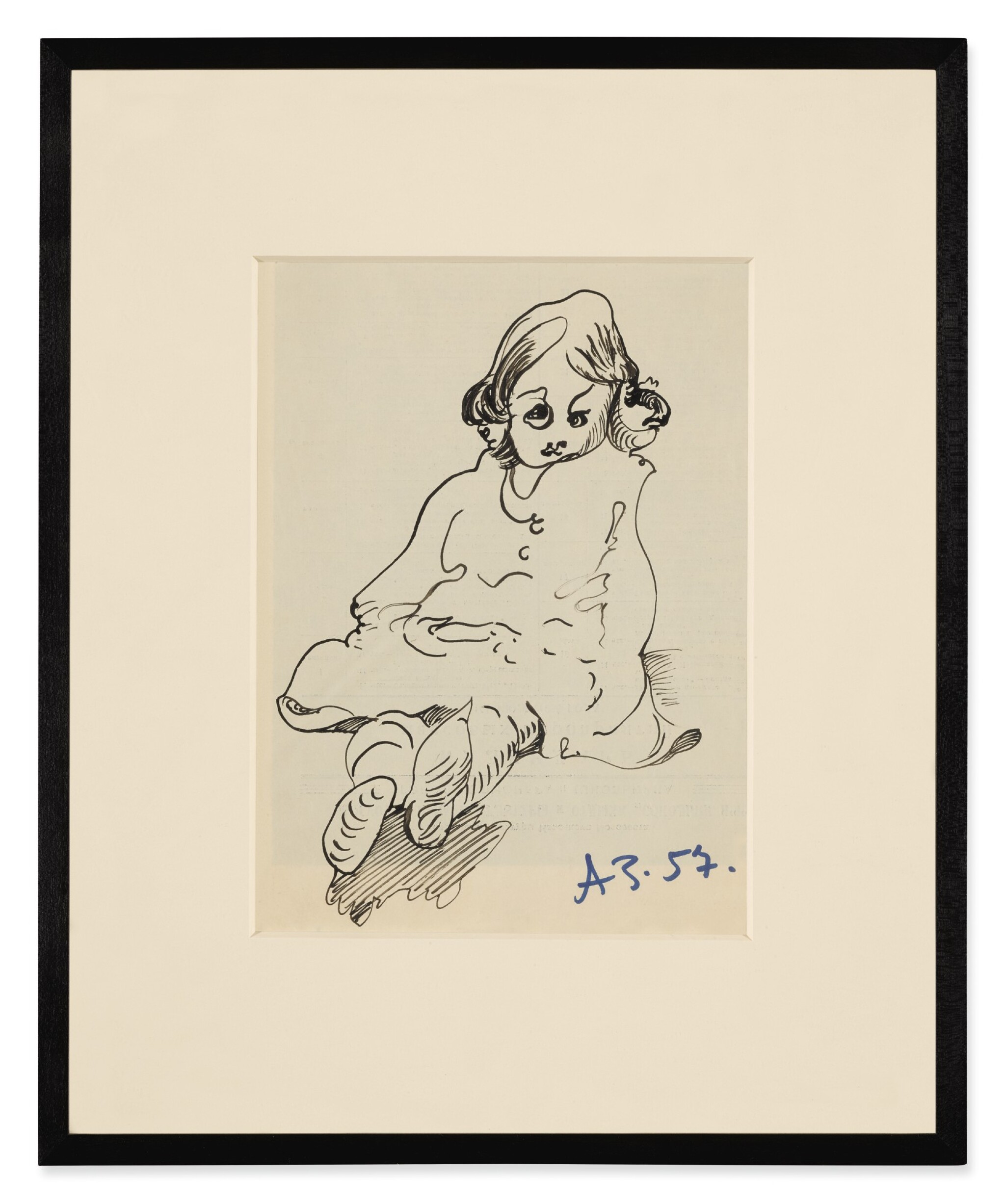 signed with initials in Cyrillic and dated 57 l.r.; further bearing a Leonard Hutton Galleries label on the backing board

The work is executed on the reverse of a 1955 Sokolniki event schedule for Pioneers. The print is visible on the recto. It has discolored unevenly at the edges. There is a crease through the upper left corner and the edges of the sheet are slightly uneven. Hinged to the mount in two places at the top edge and held behind glass in a black wooden frame.

This early drawing was originally in the collection of George Costakis, the great collector of the Russian avant-garde. Perhaps less well-known outside Russia, Costakis was also an early supporter of young contemporary Soviet artists, who would often meet at his apartment where they had the rare chance to see avant-garde works, otherwise hidden in the vaults of the museums. The obvious influence of early Russian abstraction on non-official post-war art would certainly not have been possible without the Costakis collection.

One of the first of these young artists Costakis met and started to collect was Zverev, whom he came to consider to be one of the most talented in the Soviet Union. Costakis not only helped Zverev financially, he also promoted him in the West: his first-solo exhibition took place in Geneva in 1965, and MoMA acquired a few of his early drawings. Often harassed by the authorities in Russia, Zverev did not have a solo exhibition there until shortly before his death in 1986.