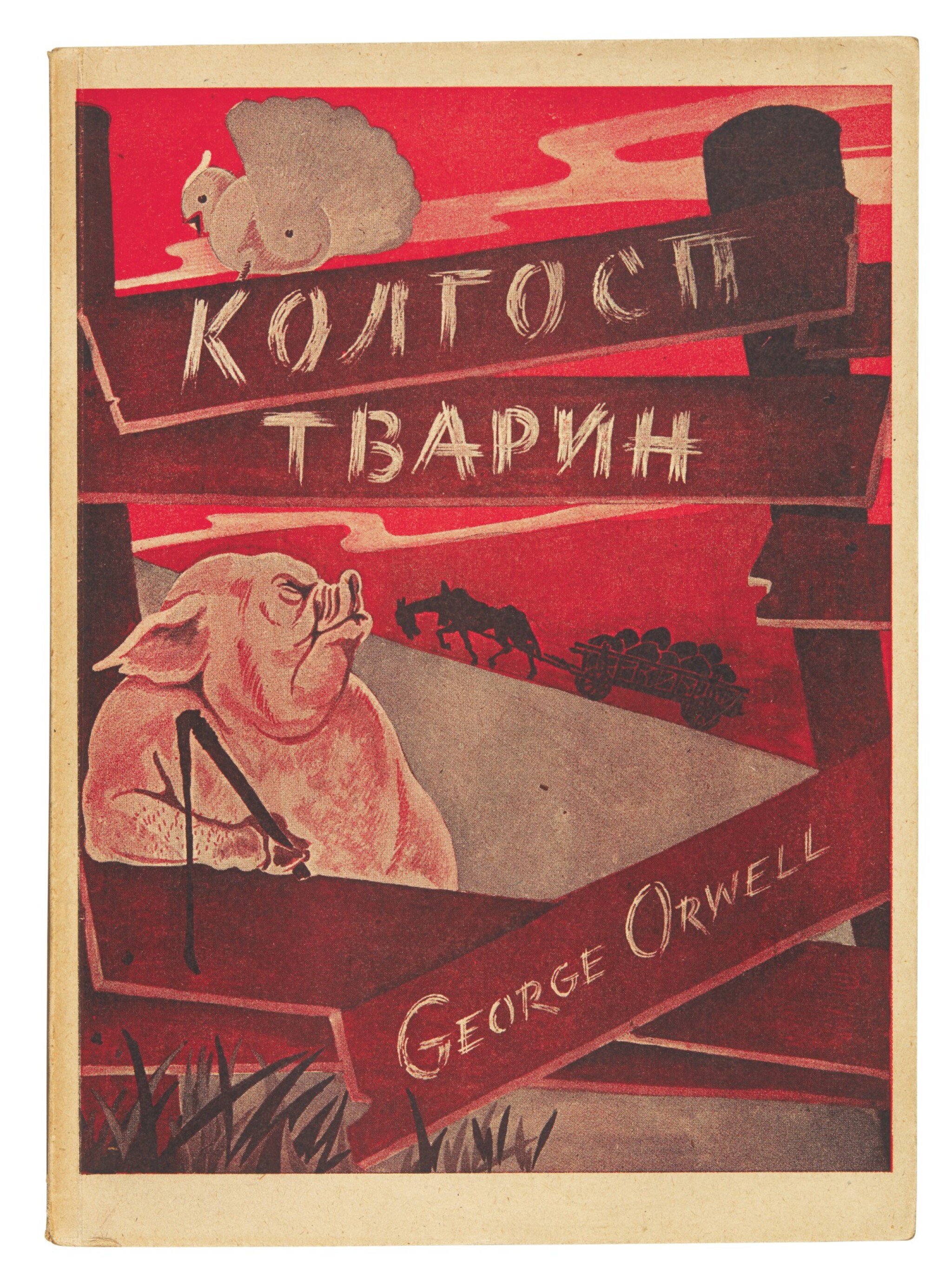 One of the earliest international translations of Animal Farm, most copies of which are thought to have been destroyed when they fell into the hands of the Ukrainian authorities. The special preface by Orwell is an account of his early life, his experiences in the Spanish Civil War, his views on Stalinism and the Soviet regime, and his belief in the Socialist movement. It concludes with a very valuable explanation of the genesis of Animal Farm: "On my return from Spain I thought of exposing the Soviet myth in a story that could easily be understood by almost anyone and which could be easily translated into other languages...One day...I saw a little boy, perhaps ten years old, driving a huge cart-horse along a narrow path, whipping it whenever it tried to turn. It struck me that if only such animals became aware of their strength we should have no power over them, and that men exploit animals in much the same way as the rich exploit the proletariat..." (translation provided Fenwick, p.97)