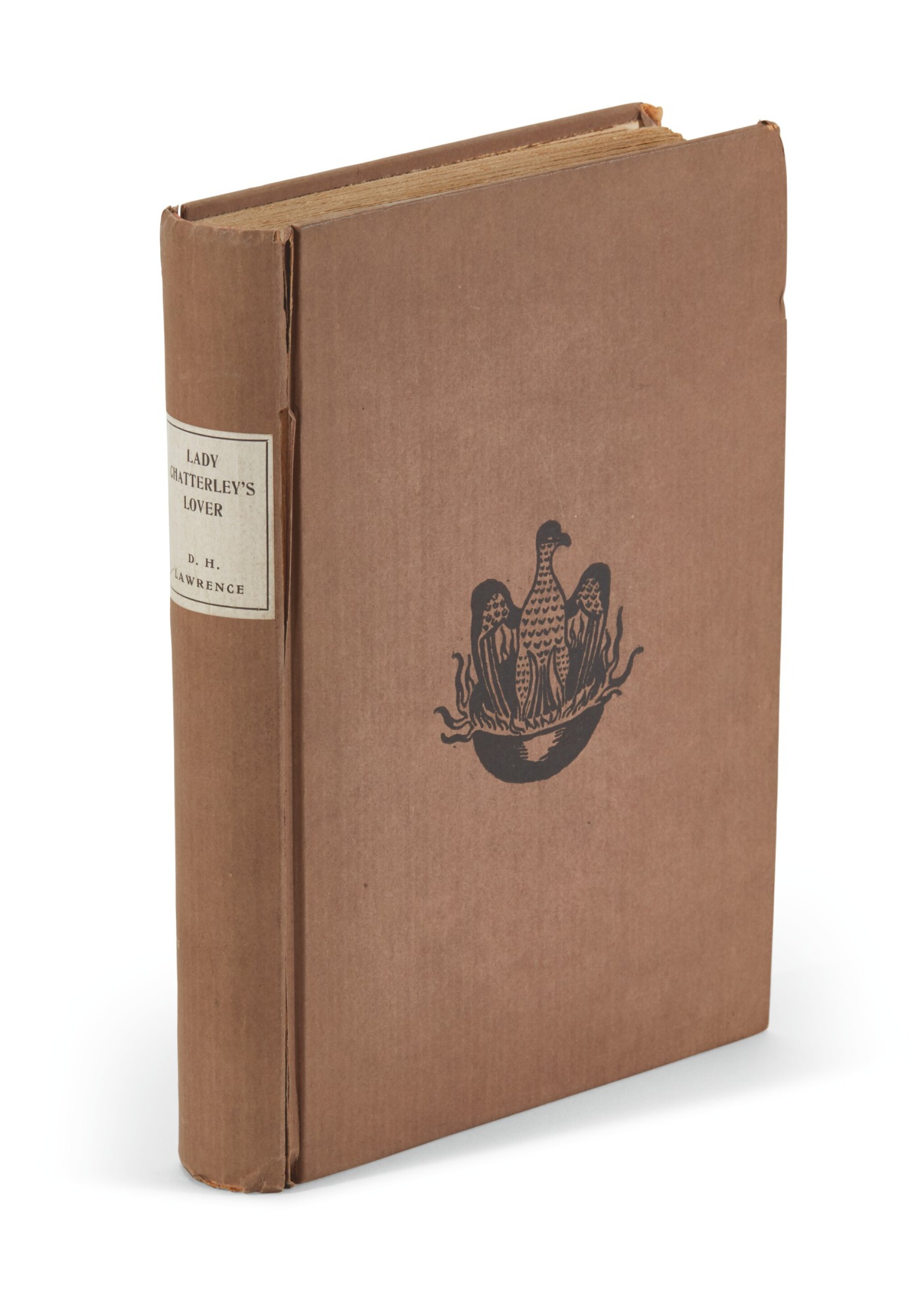 In the spring of 1928, Lawrence commissioned the Tipografia Guintina in Florence to print Lady Chatterley's Lover, after it was rejected by numerous English publishers. The author had planned to sell the one thousand numbered copies at the price of £2 each, with friends acting as agents and distributing copies. By the end of the year, nearly all of the copies were sold, despite the novel being banned from entering the United states, and about to be supressed in London.

The present copy includes correspondence from Jared B. French, the American artist, enquiring about obtaining a copy of the controversial novel. He is cautioned by the Italian booksellers Davis and Orioli in one letter: "We could send you a copy at your own risk, on receipt of $30. But we don't guarantee this copy reaching you as many have been confiscated by the American authorities" (11 October 1928).

Also included is an original order form for the novel, an invoice from Pino Orioli, and the original custom form indicating that the novel did eventually reach Mr. French.