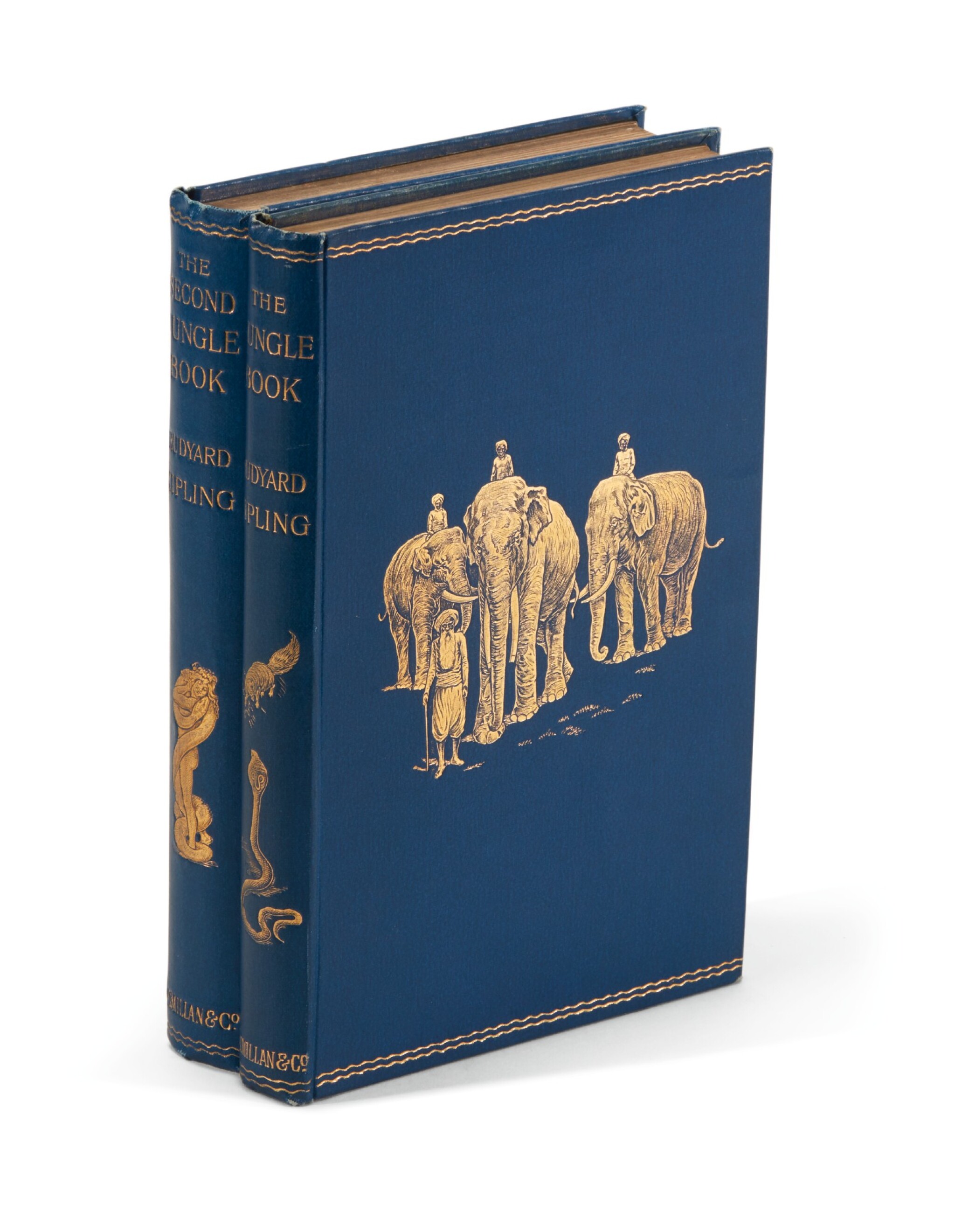 Tipped in on the front endpaper of volume 1 is an autograph letter signed (1 1/2 pages, 8vo, Cape Town, South Africa 12 November 1907), to Mrs. Hinkson (the Irish poet and novelist, friend of Yeats, who married Henry Albert Hinkson in 1893), telling her son Bunny how to pronounce the names of several characters in The Jungle Books, and adding: “I hope he doesn’t read too much. We kept our [daughter Josephine] back as much as we could but it didn’t seem to make any difference in the long run. I had to read Treasure Island, The Black Arrow, Kidnapped to Mere last year. There’s a lot of pure joy in Treasure Island tell Bunny ... isn’t it curious to see what the little new self-formed soul takes or rejects ... as it goes along with life.” Tipped into volume 2 is an autograph quotation signed (1 page, “Fairview ... Mass., July 4, 1895,”) in light brown ink on cream paper: “Now these are the Laws of the Jungle; and | many & mighty are they — | But the head and the hoof of the Law, and | the haunch and the hump is Obey!”