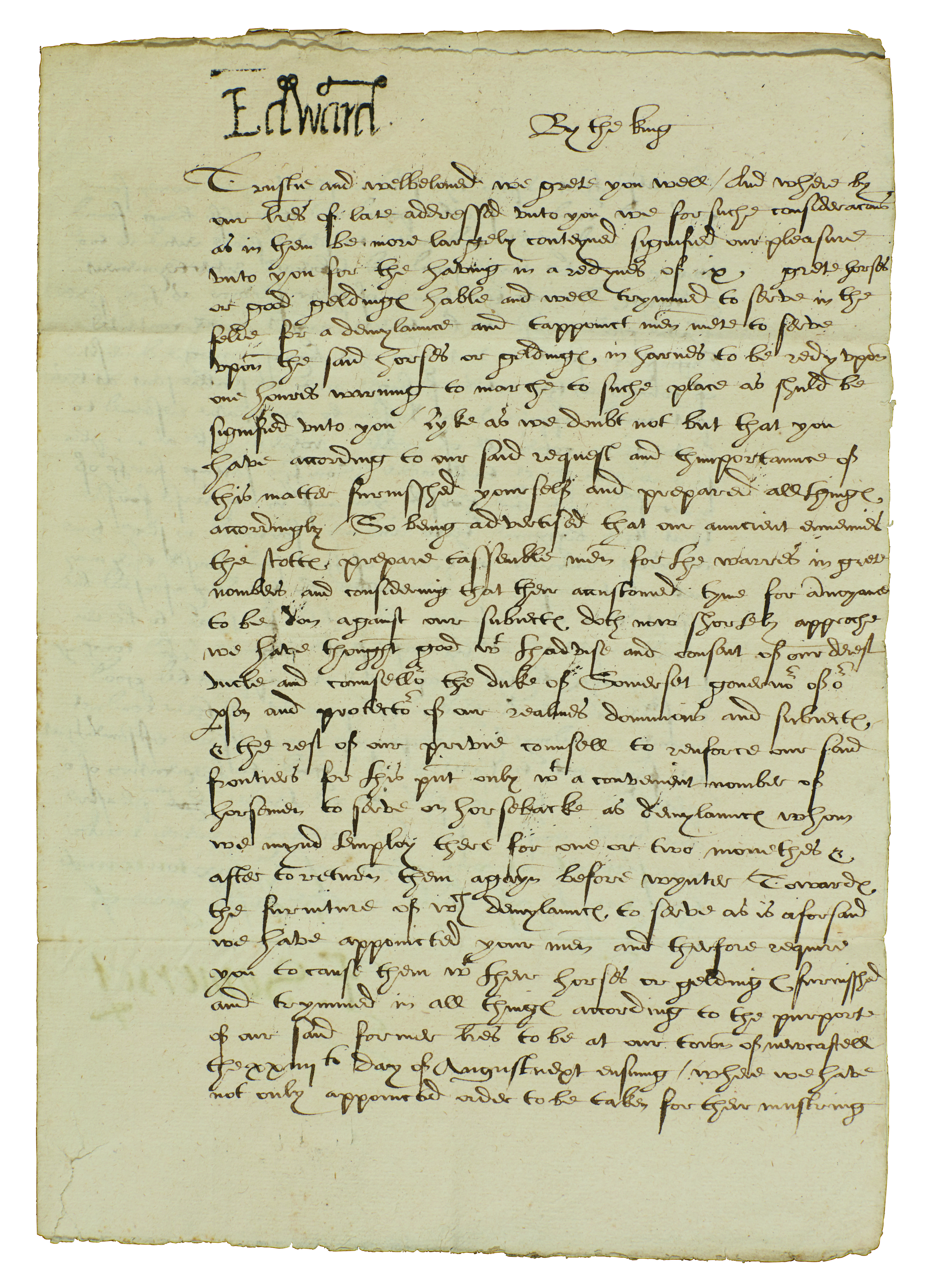 Letter signed, with stamp at the head, also signed at the foot by Edward Seymour, Duke of Someset and Lord Protector, to Sir William Paget

reminding him of recent orders to provide "x grete horses or good geldings hable and well trimmed to serve in the felde", together with riders, now instructing him that since "our ancient enemies the scottes prepare tassemble men for the warres in great nombers" this troop of cavalry should assemble in Newcastle on 23 August, with additional instructions on their wages and uniforms ("...bycause moche diversitie of colours in the cotes ... would appere very unseemly we have resolved to have ther cotes all of redde..."), 2 pages, folio, integral address leaf, papered seal, docketed, Hampton Court, 14 July 1547, splitting at folds, small tear at bottom of first leaf not affecting text

THE DUKE OF SOMERSET, WRITING IN THE NAME OF THE NINE YEAR OLD KING, SUMMONS HIS ARMY. Paget was asked to contribute troops because he was a major landowner with estates centred in Staffordshire. Somerset's 1547 campaign against Scotland was part of the "rough wooing", the English attempt to which aimed to force a marriage between the young King of England and Mary, Queen of Scots, a policy that Paget was also promoting on the diplomatic front. The 1547 campaign culminated in the English victory at Pinkie (the last ever set-piece battle between the national armies of England and Scotland) and the occupation of Edinburgh. In the years that followed Somerset was unable to consolidate this victory, pacify Scotland, or enforce the royal marriage, and the huge expense of maintaining garrisons in Scotland was to prove a major factor in his fall from power.