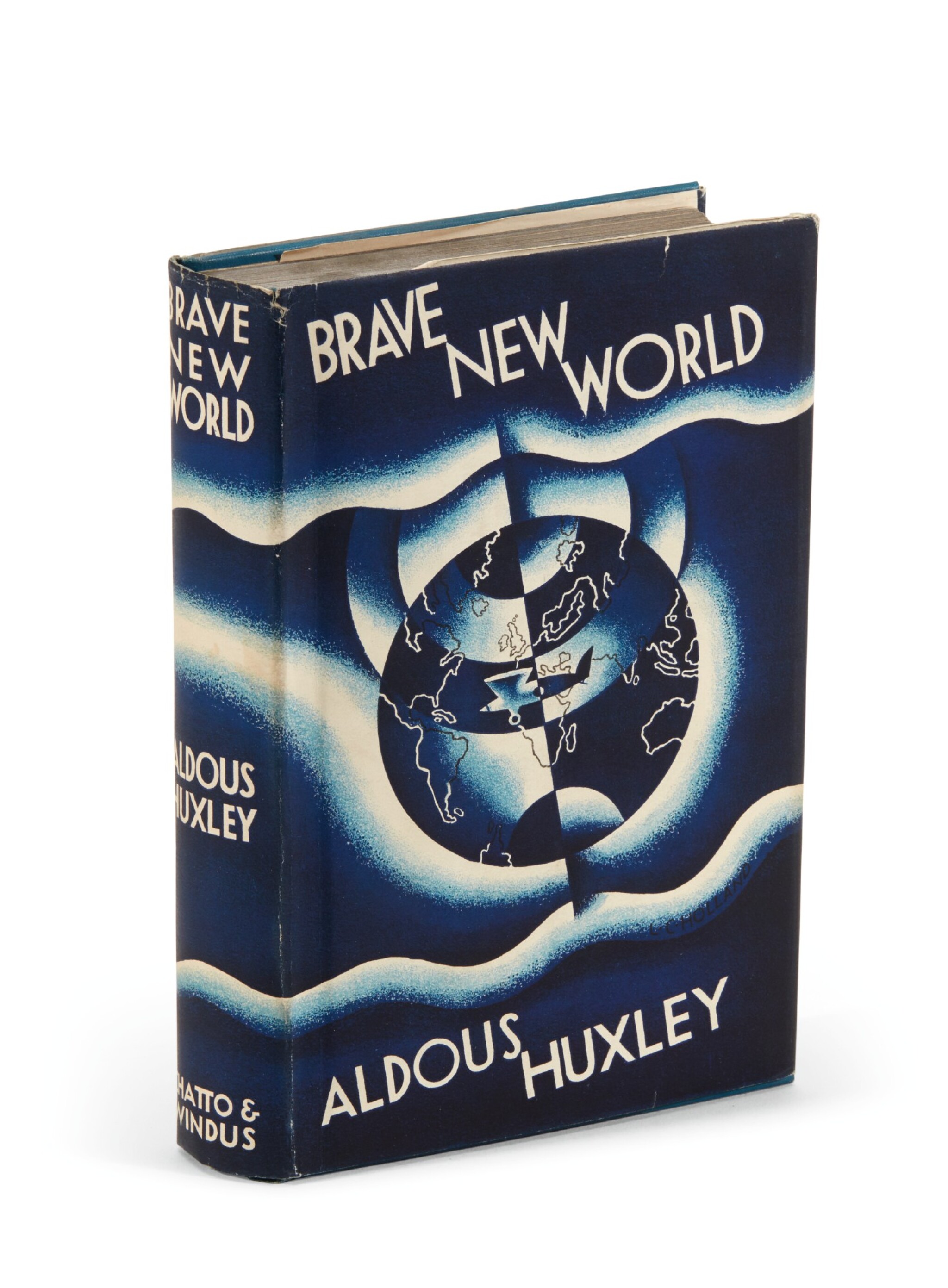 FIRST EDITION IN JACKET OF ONE OF THE GREAT DYSTOPIAN NOVEL OF THE TWENTIETH CENTURY, in which a massively cloned population is controlled by political bosses through a combination of infant conditioning, drugs and social engineering. Unlike Orwell's later vision of governmental autocracy (in Nineteen Eighty-Four, see lot 131), Huxley's vision was of a population of slaves "who do not have to be coerced because they love their servitude" (Huxley, writing to Orwell, see Letters, 604).