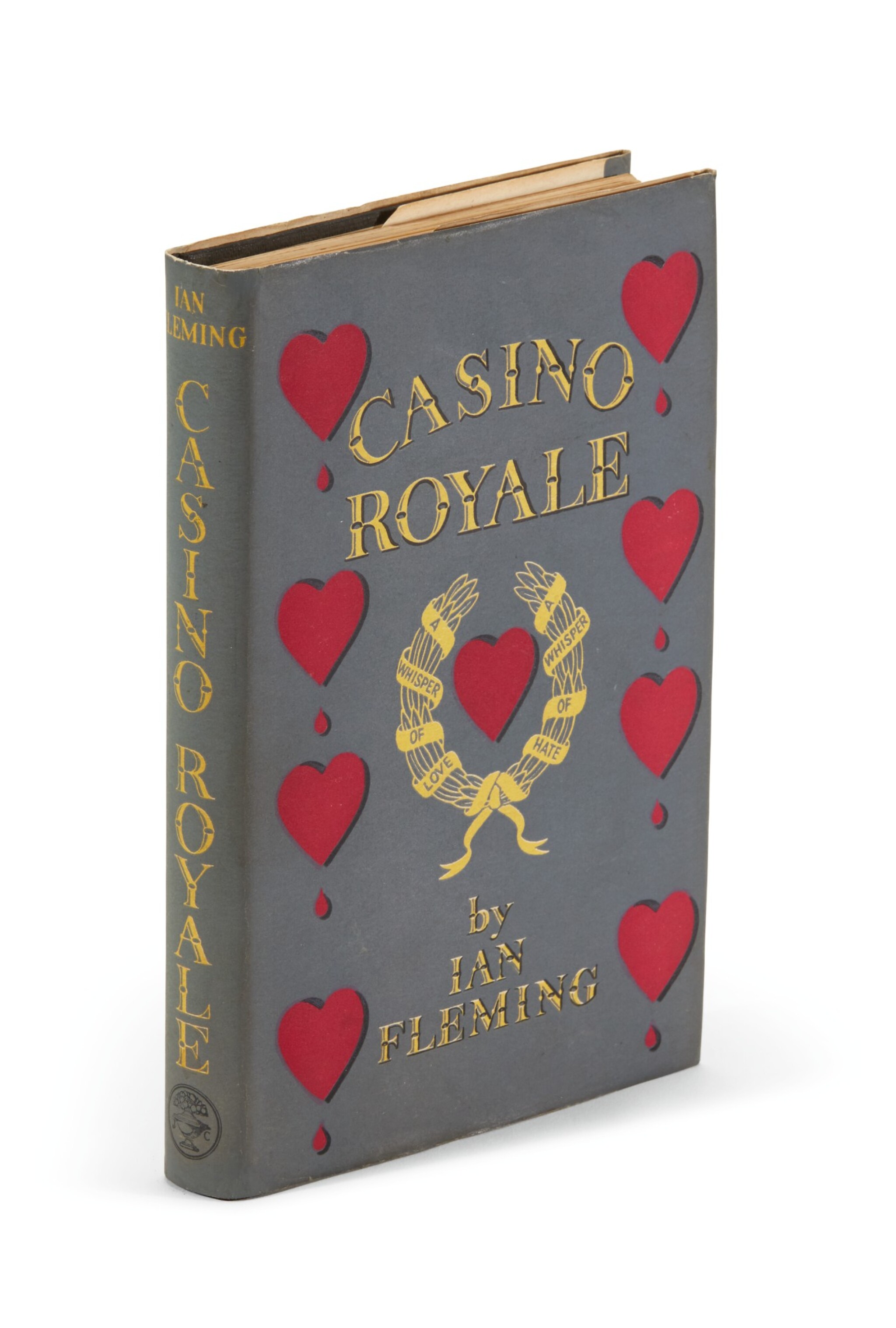 8vo, FIRST EDITION, FIRST ISSUE OF THE FIRST 'JAMES BOND' NOVEL, original black cloth lettered and decorated in red, heart motif on upper cover, DUST-JACKET, preserved in specially made quarter red morocco folding box, slight foxing and offsetting to endpapers, neat restoration to small portions of jacket at head and base of the spine, minute foxing to fore-edge and jacket

First issue in jacket of the author's first novel, and the debut James Bond title, written by Fleming in early 1952 at Goldeneye, his tropical hideaway on Jamaica's north shore. "Of the conception of this most famous of debuts Fleming repeatedly said that it was written to take his mind off his forthcoming marriage yet as early as the end of the war, following his decommission from a successful career in Naval Intelligence, Fleming had told Ivar Bryce that he would settle down to write 'the spy novel to end all spy novels'..." (Jon Gilbert, Ian Fleming. The Bibliography, p.16)