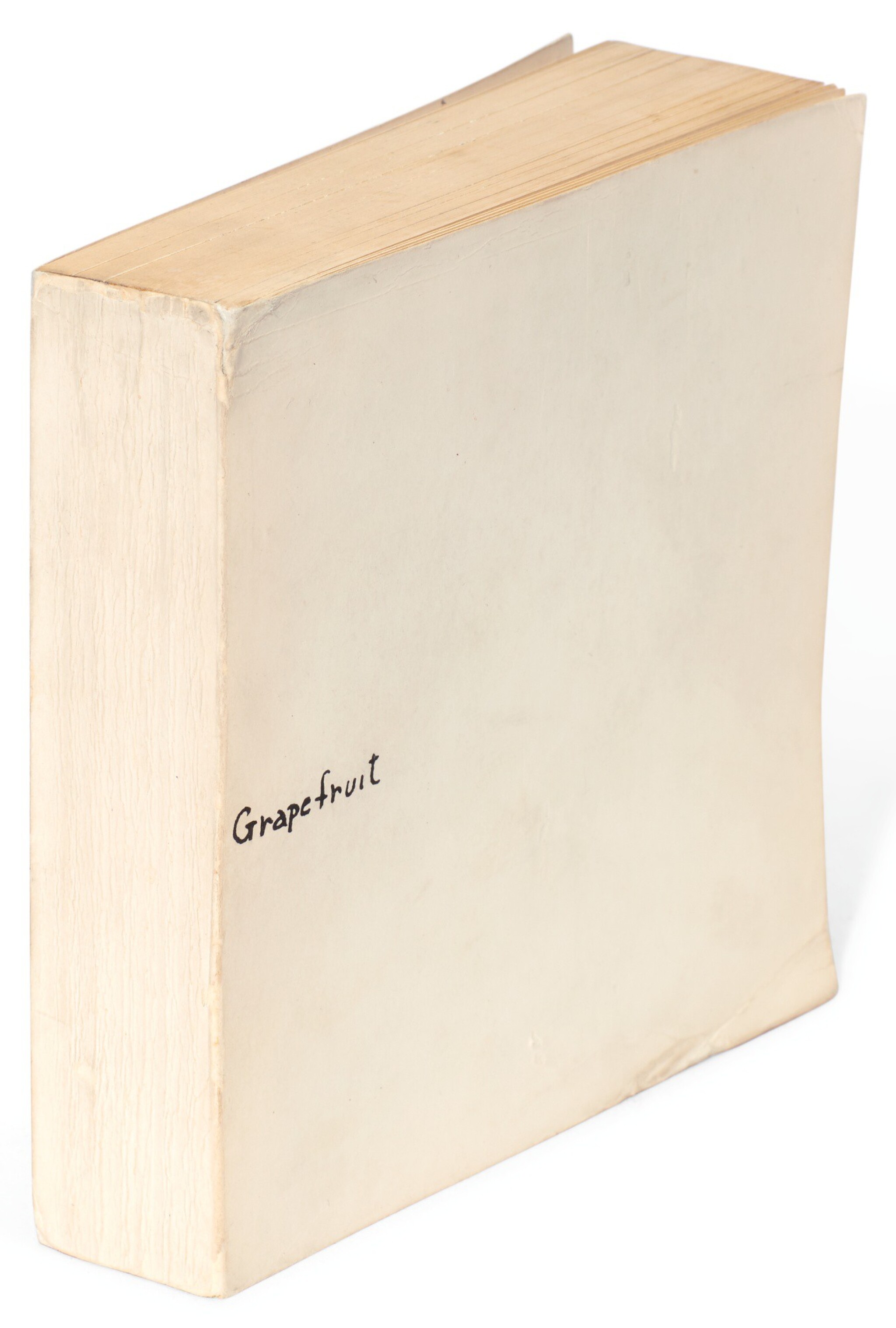 Published by the artist's own press in Tokyo, Grapefruit contains over 150 pieces and poems divided into five sections titled Music, Painting, Event, Poetry and Object; later editions added Film and Dance. These "event scores" were intended to replace a physical work of art with written instructions or suggestions for acts that the person experiencing them could create. "Pulse Piece" for example, suggests "Listen to each other's pulse by putting your ear on the other's stomach. 1963 Winter."

The book's title comes from the fact that the grapefruit is a hybrid derived from the sweet orange and the pomelo. Ono's sees herself as a spiritual hybrid.

"Grapefruit is one of the monuments of conceptual art of the early 1960s. She has a lyrical, poetic dimension that sets her apart from the other conceptual artists. Her approach to art was only made acceptable when white men like Kosuth and Weiner came in and did virtually the same thing as Yoko, but made them respectable and collectible." (David Bourdon)