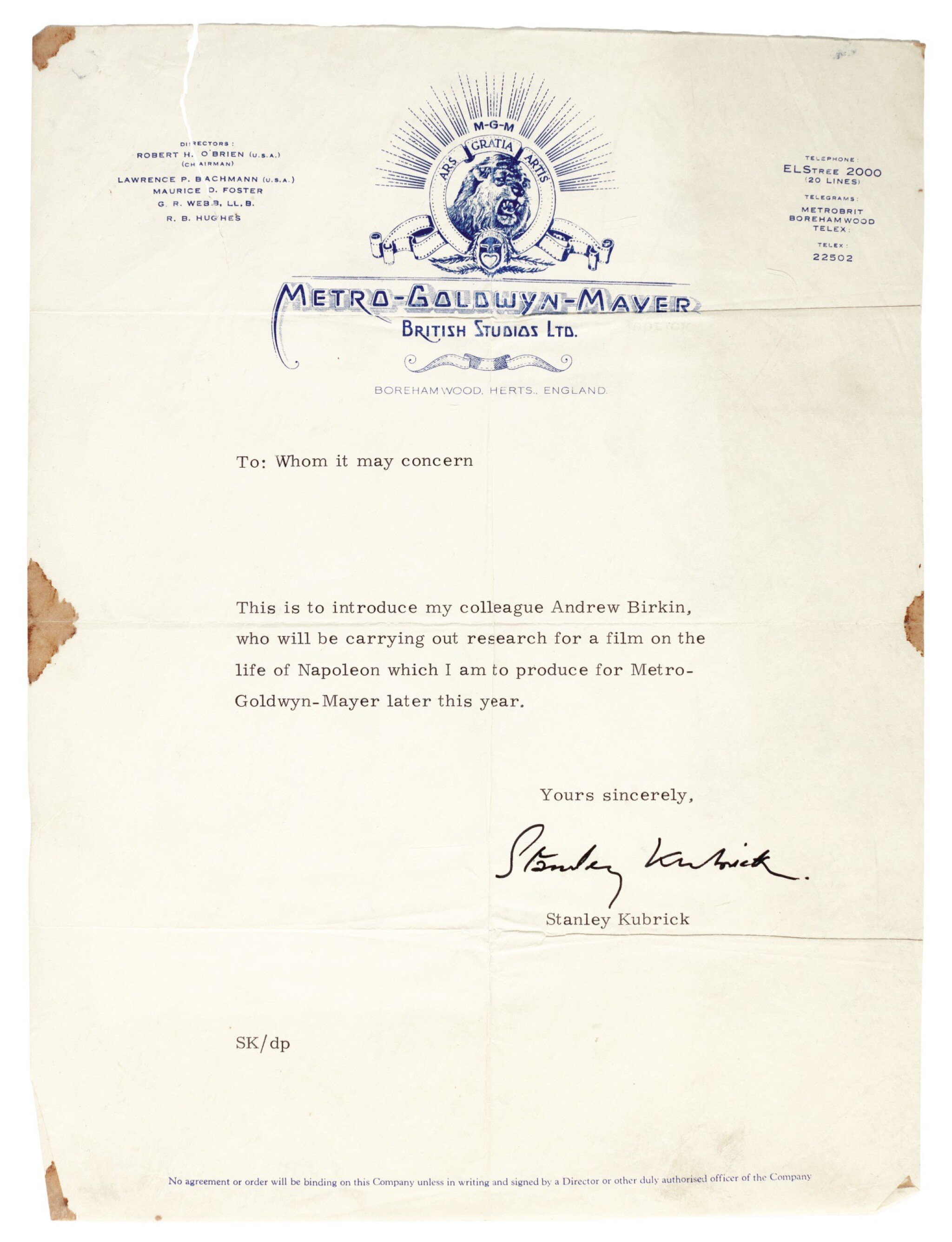 Papers of his assistant Andrew Birkin on location research in France and Italy for the unmade film Napoleon, comprising:

Five notes and letters signed by Kubrick (two autograph), one ("To Whom it may concern") introducing Birkin as his researcher for Napoleon, and one listing Napleonic locations in Paris; series of telegrams from Kubrick to Birkin; further correspondence relating to the project such as letters by letters by conservators and curators; lists including items photographed at the Musée de l'Armée at les Invalides (23 pages), Napoleonic books (9 pages), 253 Napoleonic locations from Corsica to St Helena (34 pages), and characters; schedule for location scouting in Italy (October-November 1968); notes, memoranda (e.g. outline of possible production in Romania), and ephemera (e.g. authorisation to photograph at the Louvre); many items in photocopy; 1968-69; housed in a lever-arch file; with a unique rubber stamp designed by Birkin for the production and subsequently utilised by Taschen for their logo on "The Greatest Movie Never Made" (see below)

...It's impossible to tell you what I'm going to do except to say that I expect to make the best movie ever made... (Kubrick to Audrey Hepburn, offering her the role of Josephine)

Kubrick started work on Napoleon, his most famous and tantalising unrealised project, when 2001 was still in post-production. Andrew Birkin, who had worked on the previous film (see previous lot) was recruited to scout locations. Birkin has gone on to have a distinguished career as a screenwriter and director.