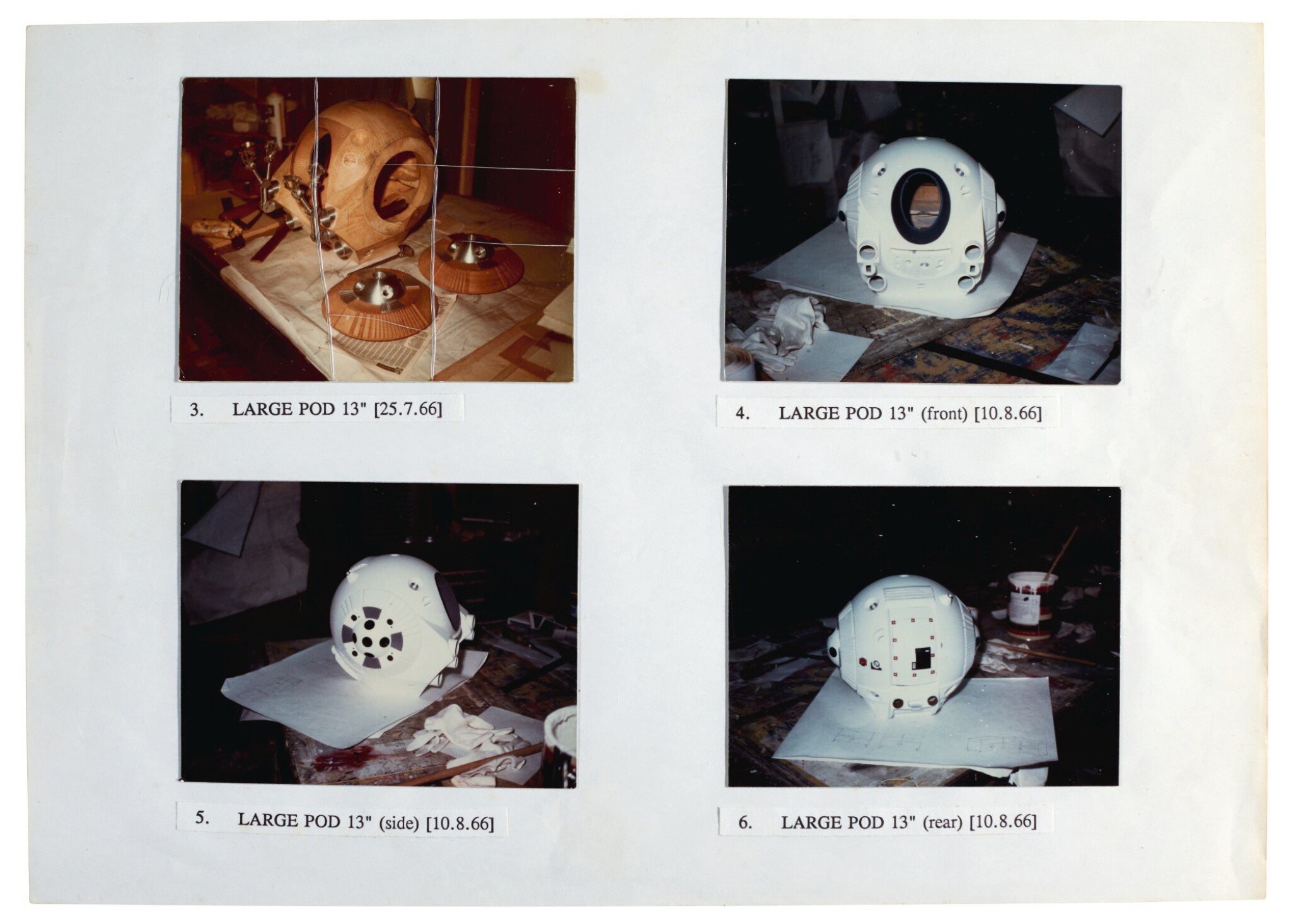 Archive of Andrew Birkin as uncredited Assistant Director on 2001: A Space Odyssey, comprising:

iii) Lever-arch file containing: 31 x 3-frame 65mm clips (all from out-takes); main unit and special effects unit call sheets (the latter signed off by Birkin as Assistant Director); papers relating to Birkin's location scouting (telegrams, expenses, costings); papers relating to shooting in the Outer Hebrides for the Stargate sequence, including movement orders and an OS map; papers relating to shooting in the Namib Desert for Dawn of Man including correspondence, notably two descriptive letters by Birkin to his father ("...the hills [...] consist of huge rounded boulders rising out of the scrub. Every morning at 5 am we go off and wait for the dawn to creep over the horizon..."), a letter by photographer John Cowan after his dismissal, telex correpondence with Kubrick and others, and notes; cuttings, press photographs, and promotional material relating to the film and its release

Andrew Birkin (b.1945), who has had a long working life as a screenwriter and director, began his career as a runner on 2001 when he attracted Kubrick's attention in May 1966 by suggesting a location in England - Formby Sands - that could serve as a desert for filming "The Dawn of Man". Kubrick soon elevated him to First Assistant on Special Effects; given the pressure from MGM on finishing the movie, Birkin suggested the idea of shooting footage from a helicopter over Scotland to be later transformed (via a unique YCM Technicolor process) to stand in for alien landscapes for Dave Bowman’s "Jupiter and Beyond the Infinite" sequence. Kubrick agreed, allowing Birkin to hire a helicopter and shoot the 65mm footage himself, several minutes of which made it into the final cut of the movie. Later, Kubrick dispatched Birkin to the Namib Desert in South West Africa, first to scout and then supervise the shooting of 10”x8” plates by a succession of photographers for the "Dawn of Man". THE CURRENT LOT PROVIDES A RICH SEAM OF UNIQUE AND UNPUBLISHED MATERIAL PROVIDING INSIGHTS INTO THE CREATION OF SOME OF CINEMA'S MOST UNFORGETTABLE VISUAL SEQUENCES.