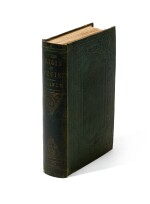 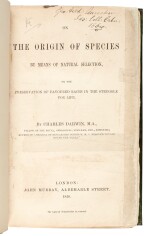 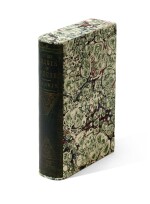 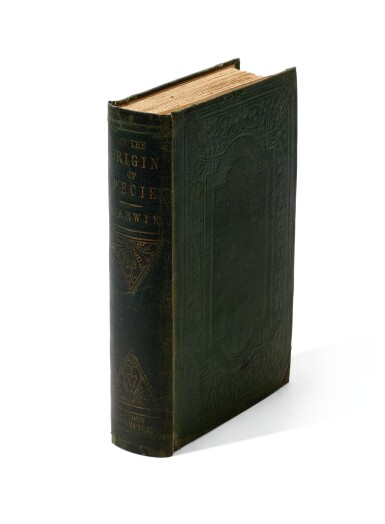 On the Origin of Species by means of natural selection, or the preservation of favoured races in the struggle for life. John Murray, 1859

Described by Freeman in his bibliographical handlist as "the most important biological book ever written" and within Grolier Club, Darwin (2004) as "one of the most influential books ever written".

The ownership signature reads “Geo: Fred: Armstrong | Jes: Coll: Cam: | 1864.” Born in 1842 in Doncaster, the son of a woollen-draper, Armstrong attended King’s College School in London before Cambridge. He gained his B.A. in 1864 and his M.A. three years later. He then studied engineering with Richard Johnson, engineer-in-chief of the Great Northern Railway and joined the engineering staff of that company. He became engineer for the Isle of Man Railways before becoming Regius Professor of Engineering at Edinburgh University in 1885. He died in 1900.