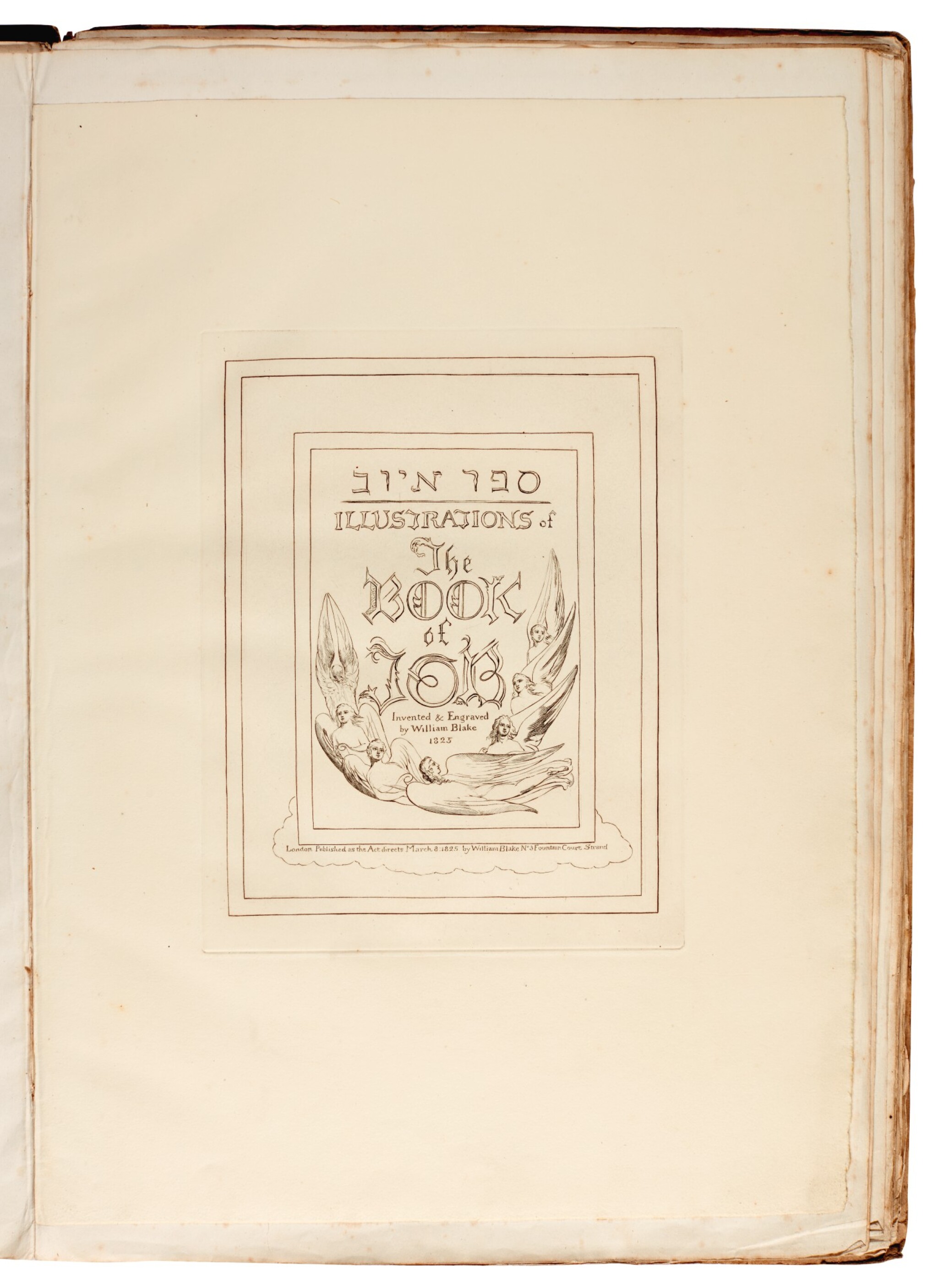 BLAKE'S RENOWNED ENGRAVINGS FOR THE BOOK OF JOB.

Blake had completed the designs for what would become his Illustrations for the Book of Job around 1805-1806 for Thomas Butts, a clerk to the commissary general of musters who had by then become Blake's major patron. The publication was not conceived of until ten years later, when Linnell, hoping to provide his ageing friend with a much needed income, offered to finance the engraving and printing. The plates were borrowed back from Butts in 1821, and Blake began the arduous task of the engraving. Although the title page is dated 1825, publication was delayed until 1826, and the date amended on a label pasted to the boards in which the plates were issued.

According to Linnell's Job accounts, there were 150 "Proof" copies printed on India paper, 65 French paper "Proofs," and 100 plain copies on "drawing paper" printed after the word "Proof" had been burnished out of the lower right corner of each plate.

It is thought that this may be one of the earlier impressions of the edition of 100. The presence of the two watermarks suggest that remaining paper was used from the earlier "proof".